Welcome to the Bahamas

The Bahamas are an island chain in the West Caribbean located off the coast of Florida. The islands are famous for their beautiful beaches and tropical resorts.

Map of the Bahamas

To learn more about traveling to the Bahamas, watch our Bahamas vacation travel guide video. This is an ad for another Tripetta service approved by Tripetta Latin America.

These stats were collected through general studies by prominent institutions that analyzed the Bahamas' tourism sector. They represent the Bahamas as a whole, not certain parts of the country that are either better or worse-off. These studies were then summarized into a given rating.

Pig Beach is an island with very famous beaches in the Bahamas and is known for its iconic swimming pigs. 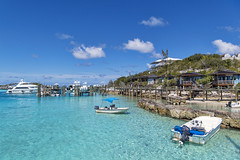 Atlantis Casino is an extravagant hotel and casino complex in the Bahamas. 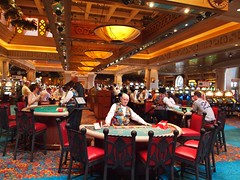 Harbor Island is an island in the Bahamas known for its pink sand beaches, coral reefs, and the historic Dunmore Town neigborhood. 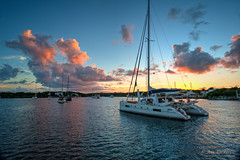 Get a visa for the Bahamas...

Before European arrival, the Bahamas was settled by an aboriginal group from Hispaniola (the island on which sit the modern-day states of Haiti and the Dominican Republic) who lived on the islands and traded with other Native American groups in Florida and Cuba. On his voyage to the New World, the Bahamas were the first islands on which Christopher Columbus landed and claimed for Spain. For a century, no European settlement was made on the islands and the European presence was very limited except for the Spanish taking natives to their colony in the Dominican Republic to work as slaves.

A new colony called the Bahamas was founded by the British in the 17th century when the settlement of New Providence was established and made the capital of the new colony. For the next few decades, the Bahamas failed to grow and was the sight of frequent raids by the French, the Spanish, and pirates. Nassau (the current capital of the Bahamas) was established during this time. After this, the Bahamas was invaded by the United States and became a United States Territory during the American Revolution. However, the colony was soon invaded by Spain but British control was soon restored.

Large cotton plantations developed during the 19th century and the colony’s economy went into a boom. The island grew rich during the early 20th century, when rich Americans moved to the Bahamas to escape the cruel prohibition laws of the United States and started big gambling and tourism businesses. The islands gained their independence in the early 1970s and have since maintained close ties with both Britain and the United States. Tourism and gambling continue to be the drivers of economic growth.

Stay away from dangerous neighborhoods in Nassau and do not walk around at night. Most crimes occur in cities so staying in smaller resort towns is your safest bet.

See if you can travel to the Bahamas visa-free