The Basel Minster, an iconic Gothic cathedral in Basel, was originally constructed as a Catholic church and is now a Reformed Protestant church. The church was built in Gothic and Romanesque architectural styles over a period of four hundred years. The original plans were drawn up by architects Hans Nussdorf and Ulrich Ensingen

Museum Tinguely is one of the primary art museums in Basel. It features the work and life of prominent Swiss artist and sculptor, Jean Tinguely. 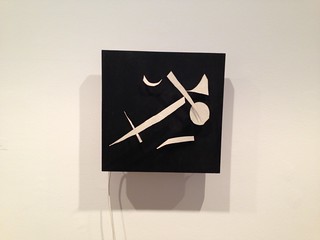 The Basel Fine Art Museum focuses on the art of regional artists in the Basel area.

Kunsthalle Basel is a popular modern art gallery in Basel.

Basel has a mild climate with cold winters and warm summers.

Question: What is the ideal time to visit Basel?

Answer: The best time to visit Basel is between May and July.

Although German, French, and Italian are all spoken in Switzerland, the primary language spoken in Basel is German. Here are some common words and useful phrases in German.

Let's get to the good stuff (German edition)...

The Swiss city of Basel was founded as a Celtic settlement on the banks of the Rhein River in the 2nd century BCE. Although it is uncertain, it is estimated that the Celtic settlement had around or below 5,000 inhabitants. Pottery and remains from this period in Basel’s history were first discovered by archaeologists in 1911, and the objects have since been placed in Basel’s Historical Museum. For an unknown reason, the Celts abandoned their settlement in Basel, by the 1st century BCE.

During the Roman period which followed the Celtic period, Basel was a regional administrative center of Roman Gaul. Roman Gaul was an important region of the Roman Empire on the country’s northern border. It notably encompassed France, England, the entirety of Belgium, as well as the southern regions of Germany. The Romans also constructed a fortified camp in the city and by the year 83, Basel was incorporated into the Roman region of Germania Superior. Today, ruins of the Roman period are incredibly prevalent in Basel and the city is home to Augusta Raurica, the first Roman colony to be built upon the Rhein River. In the 3rd century, after deteriorating Roman control over Switzerland, Emperor Diocletian, incorporated the city of Basel into the Provincia Maxima Sequanorum.

A confederation of Germanic tribes, known as the Alemanni, who lived at the tripoint border of present-day Switzerland, France, and Germany, launched a military attack against Basel in the 4th century, from across the banks of the Rhein River. At first, the Romans managed to push the tribes back in the crucial victory at the Battle of Solicinium. However, by the year 406, the Alemanni had managed to conquer large parts of the City of Basel, with the Romans starting their long and painful retreat home. In the 6th century, the Alemanni Confederation had collapsed and Frankish invaders had taken Basel. The Frankish settlement gradually grew around Basel’s Roman castle. A cathedral was later built upon the ruins of the Roman castle.

After the division of the Carolingian Empire, Basel alternated between West Francia and East Francia but this was concluded after the Treaty of Meerssen. The city was destroyed by the Magyars in the 10th century and had to be rebuilt. Then a part of Upper Burgundy, Basel was later incorporated into the Holy Roman Empire. Basel’s main marketplace was constructed during this time and the first bridge across the Rhein River was constructed in 1225. Basel quickly grew to become one of the Empire’s most prosperous cities and the city also held a notable Jewish community. In 1267, a major Swiss crusade was launched from Basel.

The Black Death killed many Basel residents in the 14th century and the city’s rulers subsequently blamed the disease on Basel’s Jewish population. Many Jews and Basel were massacred and killed during this time. Basel joined the Swabian League of Cities in 1385. The University of Basel opened its doors in the 15th century. Basel joined the Swiss Confederacy in the 16th century.

Basel suffered during the Napoleonic Wars and became a major intellectual hub after the wars came to a close. Important medicinal inventions came to existence in Basel during the 1930s and this continued after the end of the Second World War.

Get your visa and Swiss travel documents - With iVisa