The Roman Baths are the famous baths and Roman ruins in the center of Bath that is also the city's namesake. 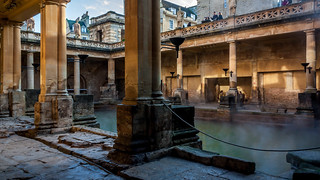 The Pulteney Bridge is a romantic, medieval bridge in Bath that is lined with shops. 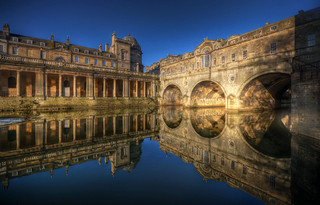 The Bath Abbey is a historic Gothic building and popular tourist attraction in Bath. 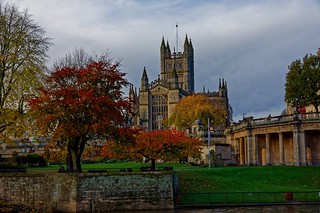 The Thermae Bath Spa is a historic spa with modern pools in Bath. 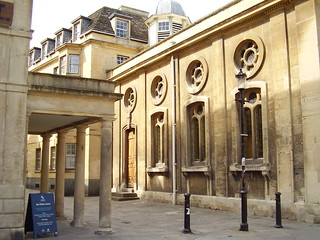 The Royal Crescent is a famous area of Bath, England. 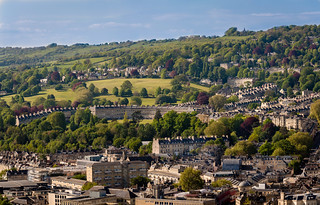 The Circus is the central square of Bath, England. 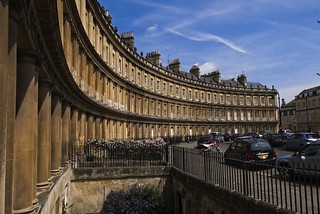 Bath has a temperate climate with wet winters.

Question: What is the ideal time to visit Bath?

Answer: The best time to visit Bath is in summer. But plan your trip wisely and make sure to check the weather before you come.

The dialect in Bath is called West Country English. Here are some useful local phrases for you to learn.

Proper job means: Something has been done well.

Alrite me luvver means: Is a common greeting in Bath.

Bath was originally settled by the Beaker people and the city was later home to several sacred shrines used by the Britons. The Romans constructed several baths in the city, from which the name Bath is derived. Many Latin tablets were engraved into the Roman ruins. In the 3rd century, the city gained defensive walls. Legend says that Bath was the site of the Battle of Badon in the 6th century, when King Arthur defeated the Anglo-Saxons. Important institutions were founded in Bath during the Middle Ages including the St. John’s Hospital. Bath supported the Royalists during the English Civil War and many theaters and cultural spots were built in the 18th century. The city’s population had reached 40,000 by the early 19th century, and the Ethiopian Emperor Haile Selassie lived in Bath between 1936 and 1940 as part of his exile. The city continued to grow during the post-war period and became an important tourist destination. 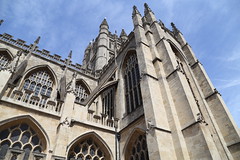 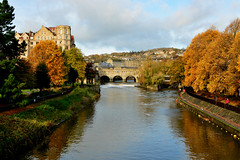 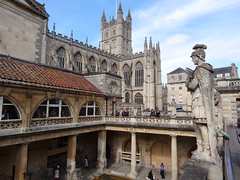 Book a trip to Bath