The Bratislava Castle is a famous baroque castle in Bratislava. 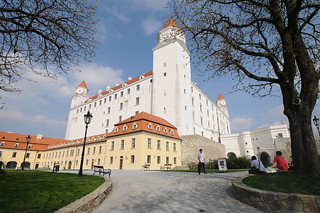 St. Martin's Cathedral is a historic Gothic-style cathedral in Bratislava.

The Old Town Hall is a famous local museum and a historic building in Bratislava. 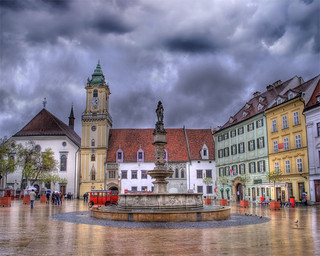 Bratislava has a typical, continental climate with warm, dry summers.

Question: What is the ideal time to visit Bratislava?

Answer: The best time to visit Bratislava is from March to May.

The Slovak city of Bratislava was founded in the 1st century and was divided into two halves. The northern half was controlled by German tribes and the southern side was controlled by the Roman Empire. Slav migrants arrived to the city in the 5th century from Poland and Ukraine, and Avars from the Balkan states arrived in the city in the 6th century. The modern state of Slovakia was founded as the Samo Empire which also controlled parts of modern-day Hungary, and Bratislava was known as the Principality of Nitra within the empire. After the collapse of the Samo Empire, Bratislava came under Czech control in the 9th century. During the Middle Ages, many important castles were built in the city and Bratislava became a part of Hungary. The city was also briefly conquered into Germany in the 11th century. In the 13th century, Bratislava was attacked by the Mongols but the Slovaks managed to push them back. After this, the city’s castle was burned down by a Hungarian king and the city was later occupied by the Austrians. In the 15th century, Bratislava was the site of fierce fighting between Germany and Poland. In the 16th century, Bratislava was attacked by the Ottoman Turks but the city was never conquered. In 1536, Bratislava became the capital of Hungary. Many baroque buildings were constructed in the city in the 18th century, and the city later became a major city within the newly unified Czechoslovakia. The city suffered during World War Two but after being liberated by the Red Army, the city started to recover from the destruction and communism became the official ideology. After the fall of communism, Bratislava continued to grow and the city is now a modern European capital with plenty of things to do.

Book a trip to Bratislava