The Church of Saint Lazarus is a medieval Greek Orthodox Church in Larnaca. 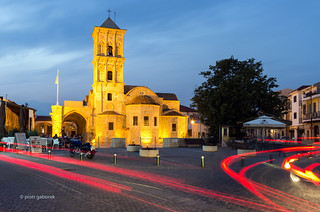 Finikoudes is a popular beach in Larnaca.

The Larnaca Salt Lake is a popular natural spot in Larnaca. 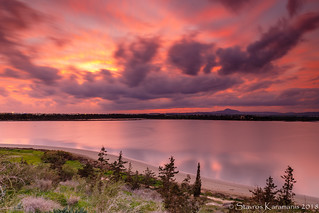 Larnaca has a warm, Mediterranean climate with hot summers.

Question: What is the ideal time to visit Larnaca?

Answer: The best time to visit Larnaca is between May and June.

The Cypriot city of Larnaca was founded during Mycenaean times. At the time, Larnaca was the capital of the independent Kition Kingdom. However, the city was later conquered by the Assyrian Empire and later by Egypt. For a time, Larnaca was ruled by Iran. After falling under Byzantine control, Larnaca was invaded by the Arabians and then by the French. For a brief time, Larnaca fell under Italian rule. Larnaca was conquered into the Ottoman Empire in 1571 and many important historical sites were constructed during this time. In 1878, Larnaca joined the British colony of Cyprus and after Cypriot independence, Larnaca quickly became one of the country’s most important cities.

Book a trip to Larnaca