Moscow is the capital and largest city of Russia and one of the largest business hubs in Europe. The city offers modern skyscrapers and historic Russian buildings all-in-one.

To learn more about traveling to Moscow, watch our Moscow vacation travel guide video. This is an ad for another Tripetta service approved by Tripetta Russia.

These stats were collected through general studies by prominent institutions that analyzed Singapore's tourism sector. They represent Singapore as a whole, not certain parts of the city that are either better or worse-off. These studies were then summarized into a given rating.

The Moscow Kremlin is the most recognizable building in Russia and the residence of the President of the Russian Federation. 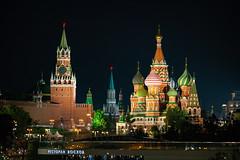 The Red Square is the central square in Moscow and is home to some of the city's top attractions, including St. Basil's Cathedral and the Moscow Kremlin. 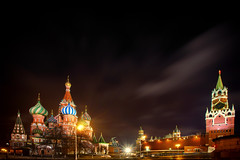 Bolshoi Theatre is a theatre in Moscow that features some of Russia's best ballet and opera performances.

Get a visa for the Russian Federation...

Moscow was founded in the XII century by the princes of the powerful Dolgoruky family, who ruled Russia from Novgorod. The first Kremlin was built in Moscow in 1156 to protect the city from invaders. After the founding of the first Kremlin in the city, Moscow began to grow and became an important trading center. However, this slowed down when the city was burned down by the Mongols in the 13th century. The city rebuilt quickly, but was again burned and plundered by the Mongols in 1293. After that, the Kremlin was reinforced with an additional wall for protection. The city became more powerful in the 14th century, when the metropolitan of the Russian Orthodox Church was transferred here. Much of the Russian elite also moved to Moscow, and the city became the epicenter of the struggle against the Mongol Empire. The struggle lasted another century, with victories by both Russian and Mongol troops, but in the end the Mongols were forced to leave Russia. By the end of the 15th century, Moscow had become the capital of the new Russian state. Tsar Ivan the Great enlarged the Kremlin again. The Archangel Cathedrals, the Palace of Facets and the Bell Tower were also commissioned by the tsar.

A few years later, Chinese merchants founded the first Chinatown in Eastern Europe. Although Moscow grew stronger and stronger, the city was destroyed after two fires burned the city down in 1547. In addition to the damage, Crimean Tatars subsequently attacked the city. After that, the city was strengthened again, and the city became one of the world's largest art centers. Various quarters of Moscow were named after various noble professions. A market was opened on the Red Square, where goods from all over the world were sold. Immigrants from all over Europe settled in Moscow in the late 16th century, when the city's German quarter was originally built. The city suffered greatly during the famine in the early 17th century, as well as after the Polish invasion. Eventually, the Poles were expelled, and a period of stability, led by Tsar Peter the Great, ensued. The city's first university was founded in 1687. In the early 18th century, the first Russian newspaper was founded in Moscow, and the country's capital was moved from Moscow to Saint Petersburg.

After the loss of political power, Moscow focused on industry, and many factories were opened in the city. The city was home to some of the most influential figures in Russian history, including the intellectual Mikhail Lomonosov. Destroyed during the war with Napoleon, Moscow began to recover, and a Commission was created to build a new Moscow. The Bolshoi Theatre, among other famous buildings, were built at this time. After the Second Russian Revolution, Moscow became the capital of the Soviet Union and started to play an important role in world affairs. During the Second World War, German forces bombed the city and severely damaged many important buildings. Moscow continued to be the lifeblood of the Soviet Union in the following decades. During the Soviet period, Moscow also built one of the most beautiful and highly functional metro systems in the world. After the collapse of the Soviet Union in 1991, Moscow became the capital of the Russian Federation.

"The best way to get around Moscow is the metro. Faster and more efficient than the trolley buses and trams, this extensive system has stations that contain beautiful ornamentation, sculptures and mosaics. You could rent a car, but it's best to use public transportation to avoid the city's perpetually congested roads." - US News Travel

Moscow is one of the safest cities in Eastern Europe so safety shouldn't be a problem. Avoid some sketchy neighborhoods. Don't say negative things about Russian culture, people. traditions, and government.