The world’s top ten most dangerous places to swim

As someone who goes to the beach once in a while, you would think what is so dangerous about just taking a swim? The conditions that make these places so dangerous are astounding and honestly quite scary. We’ve got extreme temperatures, shark-infested waters, enormous waves, the world’s strongest tides, rip currents, and even intoxication by volcano lava. Unfortunately, this is not one of those travel guides where we advise you to join along for the ride. So, you can just pretend you are at the beach by painfully trying to swim on the floor. Good luck.

Located on the Caribbean island of Dominica, the Boiling Lake is, like the name suggests, a boiling lake. It is also one of the hottest places where you could take a swim, although - please don’t. The only way to get to the lake is through surviving an excruciating hike. After this contestants will enter water that has an average temperature of more than 190 degrees Fahrenheit. For comparison, death from heat exhaustion can already occur at 104 degrees Fahrenheit. Definitely not the world’s best surfing spot!

Located in the African country of Tanzania, Lake Natron is absolutely beautiful, but one of the worst possible places for swimmers. The lake is located at the foot of the Ol Doinyo Lengai Volcano and is so dangerous because sodium carbonate from the volcano’s lava dissolves in the water, and this leads to deadly levels of Ph.

Located in the US state of California, Lake Mono is one of the state’s most inaccessible lakes. Despite being so inaccessible, it is not quite as deadly as the past two, but still far from pleasant. This lake has abnormally high levels of salt, even more than seawater, and no marine organisms are able to survive in the water. Although you are unlikely to die from swimming in Lake Mono, the high levels of salt can cause severe skin damage. 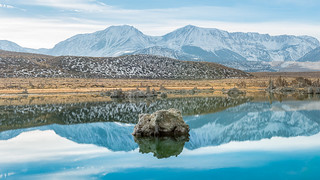 Located in the Australian state of Queensland, the Tiwi Islands are so dangerous because of their shark-infested waters. Moreover, there are also some of the world’s most poisonous jellyfish. Life lesson: Entering the water is not advised. 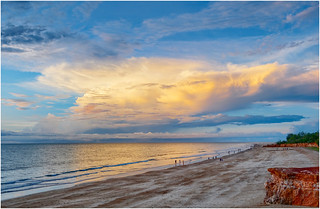 Located in the US state of Hawaii, Hanakapiai Beach is dangerous due to its strong rip currents, which kill several unlucky swimmers every year. Swimming too far can be dangerous and is not advised.

Located in Russia’s Ural Region, Lake Karachay was a dumping ground for nuclear waste during Soviet times. It has also been named the most polluted place in the world. The lake has since been covered with concrete making it impossible to enter. Despite this, the lake frequently dries up and at some points during its long history - has even entirely disappeared from maps.

Although one of the world’s largest and most famous rivers, Egypt’s Nile is not at all swimmer friendly. The lake is home to dozens of species that can kill man - starting with the infamous crocodile. Many have perished while swimming and the Egyptian Government no longer allows people to swim in the river. 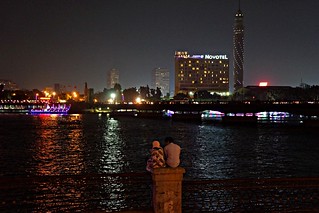 An overseas territory of France, Reunion is a tropical paradise island in the Indian Ocean. However, since 2011 there have been more than 20 shark attacks and that number is increasing. Although a great place to visit, being careful is advised.

Located in the Indian state of Maharashtra, Mumbai’s beaches are dangerous because large amounts of sewage are pumped into the ocean, resulting in high levels of pollution. Swimming is possible but not recommended.

Located in Thailand, the Samaesan Hole is a large underwater cave. It is dangerous because visibility is so low that divers can easily lose track and sight of the environment around them. Because of this, drownings are unfortunately common.