Welcome to Mumbai. Mumbai is the largest city and economic epicenter of India. The city is also known for its Bollywood film industry; one of the largest film industries in the world. The city offers some of India’s top attractions and innovative architecture.

To learn more about traveling to Mumbai, watch our Mumbai vacation travel guide video. This is an ad for another Tripetta service approved by Tripetta Mumbai.

These stats were collected through general studies by prominent institutions that analyzed Mumbai's tourism sector. They represent Mumbai as a whole, not certain parts of the city that are either better or worse-off. These studies were then summarized into a given rating. 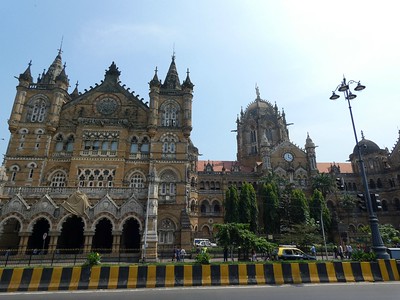 The Gateway of India is a triumph arch constructed in Mumbai by the British. 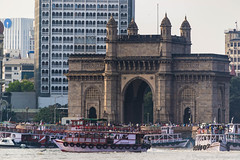 Elephanta Island is an island with ancient cave temples. 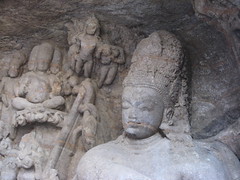 Get a visa for the Republic of India...

Mumbai was founded by the Koli tribe and became a major trading center during ancient times, when trade with Persia (Iran) and Egypt blossomed. The city joined Ashoka’s Empire in the 3rd century BCE, but was ruled by the Chalukyas from the 6th to the 8th century AD. The city was greatly developed by the Yadavas who built some of the city’s most famous temples. In the 14th century, Mumbai was conquered by invading Muslim forces from the north, but was ceded to the Portuguese in the 16th century. After a marriage between the Queen of Portugal and the King of England, Mumbai was ceded to the British. In the 19th century, Mumbai (then known as Bombay) became a major trading hub and this was further amplified by the Industrial Revolution. The Indian National Congress held their first meeting in the city. After independence and in the 21st century, Mumbai became India’s financial capital and one of the richest cities in Asia.

"As regards getting around, you can hire a car with driver for the day ( from the hotel - expensive or google for car-hire operators and email them for quotes ) or take cabs ( mostly non-airconditioned ) or uber it. All options are easy but killer traffic will really slow you down." - TripAdvisor

Mumbai does not always have a reputation for being the safest city to visit. Traveling alone is not recommended; traveling at night is also not recommended. Beware of certain foods.

See if you can travel to India visa-free