Nairobi is the capital and largest city of Kenya and the largest business hub in East Africa. The city is also located near some of Africa's most-visited national parks and safaris.

To learn more about traveling to Nairobi, watch our Nairobi vacation travel guide video. This is an ad for another Tripetta service approved by Tripetta.

These stats were collected through general studies by prominent institutions that analyzed Nairobi's tourism sector. They represent Nairobi as a whole, not certain parts of the city that are either better or worse-off. These studies were then summarized into a given rating.

The Nairobi Central Business District is the largest business and financial district in East Africa. 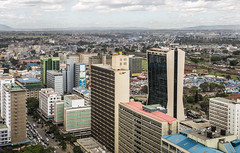 Nairobi National Park is a national park that is home to giraffes, eopards and other animals.

Giraffe Center is a giraffe rescue and nature center in Nairobi. 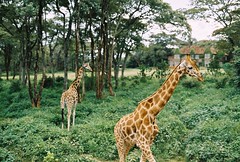 Nairobi was founded by the British in the 1890s as a colonial railway settlement. The city became the capital of British East Africa in 1905. Nairobi was granted city status in 1954 and became the capital of Kenya after the country declared its independence from the UK in 1963. Today, Nairobi is the principal economic and industrial center of Kenya.

"The very best way of getting around Nairobi as a foreigner is through vehicles from ride-sharing apps like Uber Lyft or Taxify. These taxi-hailing apps are popular in Kenya and are abundant within Nairobi." - EastAfricaTravelNews.com

Although Nairobi is a fairly safe city, travel at night is not recommended. Some neighborhoods should also be avoided.

See if you can travel to Kenya visa-free