Your next trip to Aberdeen starts here

Book train tickets to Aberdeen from anywhere in the UK...

Deals from around Britain, catered to you

Trains from London to Aberdeen

Search and find the cheapest tickets from London to Aberdeen.

Trains from Edinburgh to Aberdeen

Search and find the cheapest tickets from Edinburgh to Aberdeen.

Trains from Glasgow to Aberdeen

Search and find the cheapest tickets from Glasgow to Aberdeen.

The City of Aberdeen was founded in 1136 by David the First, north of the River Dee. In the 14th century, Robert the Bruce transformed Aberdeen into a financially independent community. He gained respect for the residents of Aberdeen after they helped him win the Battle of Barra, and defeated the English garrison. The city was burned by the invading army of Edward the Third of England but was rebuilt and extended, in the years following 1336. Aberdeen suffered greatly during the English Civil War and was plundered by both sides. The Duke of Cumberland resided in the city for a short time in the 18th century, and a new city hall was also constructed during this time. Many road and transport infrastructure improvements were made in the early 19th century and new piers were built in the harbour. The city became the headquarters of the Great North of Scotland Railway in 1846. In the 1860s, the Aberdeen United Trades Council was established in the city and advocated for shorter working hours and better working conditions during the Industrial Revolution. The city was separated from the County of Aberdeenshire in 1899. By the early 20th century, Aberdeen’s population surpassed 150,000. George the Sixth visited Aberdeen in 1925 to inaugurate the Memorial Court of the Aberdeen Art Gallery, which was quickly becoming one of the city’s top tourist attractions. In 1943, the German Air Force conducted an air raid in Aberdeen resulting in the deaths of 125 residents. The event was later referred to as the Aberdeen Blitz. A deadly typhoid outbreak broke out in the city in the mid-1960s. Today, Aberdeen remembers its history with pride and remains a happy, modern, and historic Scottish city.

Where to visit in Aberdeen

Balmoral Castle is a famous royal residence in Aberdeen. It is owned by the sitting British royal, today, Queen Elizabeth the Second, and has been the home of the royal family in Scotland since 1852, when it was purchased for Queen Victoria by Prince Albert. The estate is known for its beautiiful gardens and scenic spots, as well as its golf course. 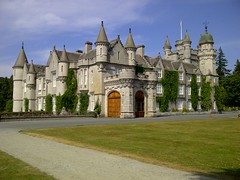 Craigievar Castle is a 17th century estate in Aberdeen that is famous for its "pinkish tones." It is also home to what many architects consider the "finest ceilings" in Scotland. The estate is said to be the inspiration for Walt Disney's Cinderella. 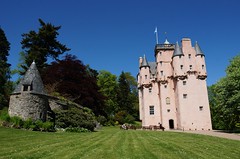 The Aberdeen Art Gallery is a historic museum in Aberdeen and the city's main exhibition space. The museum focuses primarily on self-portrait and sculpture art.

Duthie Park is Aberdeen's main public park and a place where tourists and residents gather to have fun and relax, whether there is sun or not. The park is also known for its many beautiful gardens and plant species. 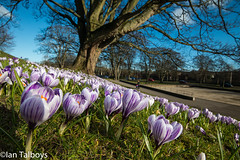 Codona's Amusement Park is an old-school theme park in Aberdeen, as well as one of the most famous theme parks in Scotland. It is known for its many fun rides and arcade games.

Johnston Gardens is a Japanese-style park in Aberdeen that is known for its beautiful flowers. The best time to visit is in spring, of course!!! 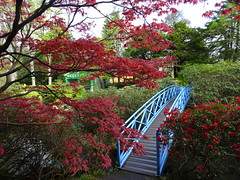 St. Machar's Cathedral is one of Aberdeen's main churches and places of worship. 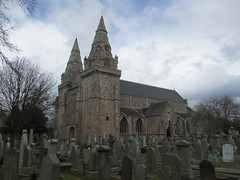