Ulun Danu Beratan Temple is a famous and historic Hindu temple in Bali. It is famous for its lake views, beautiful nature, and unique architecture. 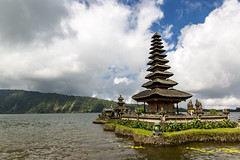 The Sacred Monkey Forest Sanctuary is a famous temple complex in Bali with many monkeys. 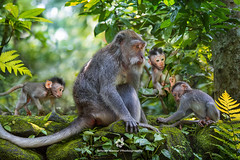 Mount Batur is an active volcano in Bali that is popular with climbers. 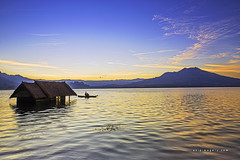 Bali has a tropical climate which means warm weather all year long.

Question: What is the ideal time to visit Bali?

Answer: The best time to visit Bali is between April and October, during dry season.

The first civilization in Bali was founded during ancient times, and was known as the Dong Son culture. The island took in cultural and intellectual influences from Vietnam, and many artworks and sculptures from the Dong Son culture have been found around the island. Buddhism was also adopted during this time. The ancient period ended during the 9th century, during the rise of Indianized kingdoms. Hinduism was first introduced during this time, but the Buddhist population also grew. In the 10th century, the Indian calendar Shaka was adopted in Bali, and the stone temple of Goa Gajah was constructed. Starting in the 7th century, Bali also took enormous cultural influences from China, and Chinese coins were often used on the island as payment. Starting in the 13th century, Bali suffered multiple invasions from Javanese kingdoms. In the 14th century, Bali lost its independence and succumbed to the rule of the Majapahit Empire, when Javanese culture and traditions became widely adopted on the island. The Javanese also further spread Hinduism, to counter the growing adoption of Islam in the region. The first European to reach Bali was the Portuguese explorer, Antonio Abreu. The island was later visited by Portuguese explorer Ferdinand Magellan, and later by English explorer, Sir Francis Drake. In the late 16th century, the Portuguese sent expeditioners to establish a fort in Bali, but the ship crashed, and the few survivors became residents of Bali. The island was visited by the Dutch in the 17th century, who claimed the island and called it New Holland. Although the island was claimed, the Dutch weren’t keen on enforcing the claim, although they took some slaves from the island, and established a failed trading post. In the 1630s, the Balinese and Dutch fought a war, and although the Dutch lost the war, they remained in friendly relations with the island’s many kingdoms.

Dutch interventions in the island increased during the early 19th century, when the Netherlands became a province of France. The French also helped the Dutch defend the island, although it was colonized by the British in 1811. In 1814, conflict broke out between the British and the Balinese, but it ended by 1816, when the British returned the island to the Dutch. After this, the Dutch quickly expanded their influence across Indonesia, and multiple military conflicts were fought between the Dutch and the Balinese in the 1840s, before the establishment of a colonial administration. In the 20th century, the Dutch continued their military campaigns and massacred many Balinese, but this period ended in 1914, when the Dutch opened the island for tourism. Western tourism continued and developed, especially, in the 1930s. During the Second World War, Bali was occupied by Japan, but the people of Bali led an enormous resistance effort that eventually liberated the island. After Indonesia gained independence, Bali suffered tremendously after the explosion of Mount Agung in 1963. Since then, the tourism industry on the island continued to develop, and many tourists visited the island, from Europe, China, Australia, and the US. 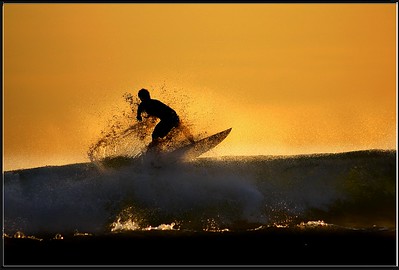 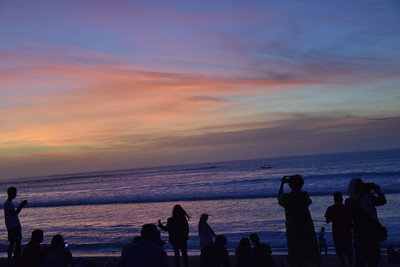 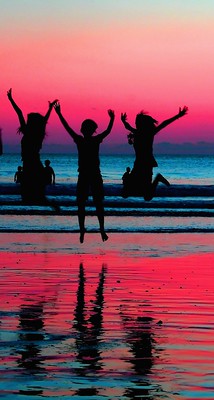