To learn more about traveling to Beijing, watch our Beijing vacation travel guide video. This is an ad for another Tripetta service approved by Tripetta China. 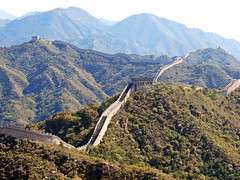 Tiananmen Square is the central square and most popular public gathering place in Beijing. 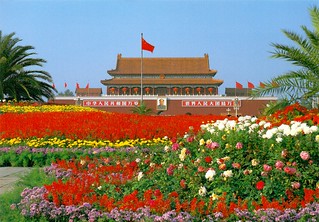 Beihai Park is one of the oldest gardens in Beijing. 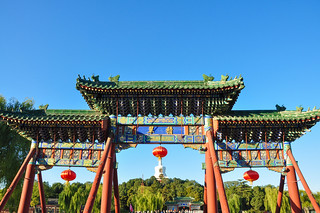 The Beijing National Stadium is an iconic stadium and sports venue in Beijing. 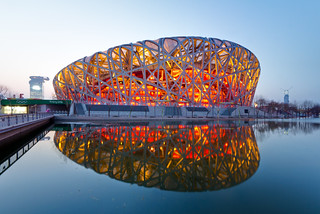 The Lama Temple is a Tibetan-style temple in Beijing. 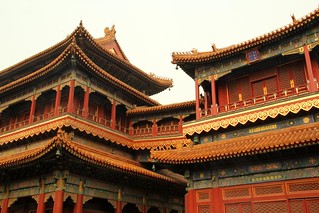 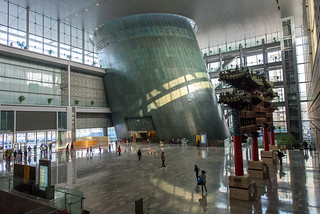 The Fayuan Temple is an ancient temple in Beijing. 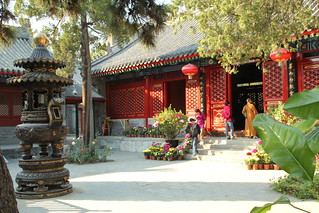 Coal Hill Park is a popular park in Beijing with views of the city.

The Temple of Confucius is a famous temple in Beijing located near the Lama Temple that is dedicated to the great Chinese philosopher, Confucius. 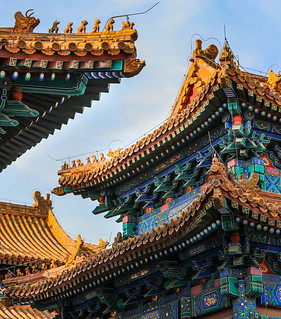 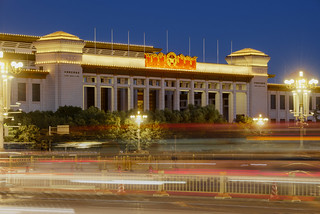 The China Art Gallery is a popular museum and exhibition space in Beijing dedicated to Chinese art and culture. 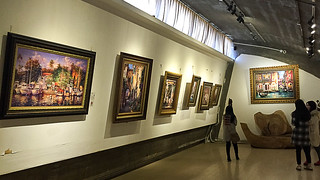 Zhengyang Gate is a historic gate in Beijing's city wall. 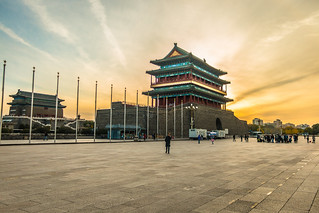 The Palace Museum is a famous museum in the Forbidden City within Beijing's Dongcheng District. 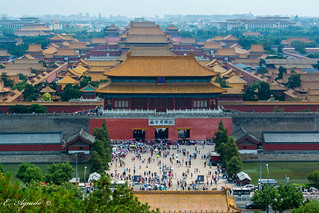 Visa and passport: Unless you are allowed to travel to China visa-free, you will need to get a visa from a Chinese embassy or consulate before arriving in the city. Carrying your passport at all times is advised by the government.

Climate and weather: Beijing has a continental climate and experiences all four seasons.

Currency: The national currency of China is the yuan.

Ji according to historical records, in the 11th century BC, after King Wu of Zhou conquered the Shang Dynasty, he was granted the title of Emperor Yao to Ji and Zhao Gong to Yan. In addition, before the Zhou Dynasty, there was the state of Yan. Later, Yan merged with Ji, and Ji City was the capital of the state. This is the predecessor of Beijing. After Qin exterminated Yan, Jixian County was set up, and its former site was in today's Beijing city center.

Youzhou was one of the ancient Kyushu. The name of Youzhou was first seen in the book of Shang, Shun Dian. Youzhou was set up in the Han Dynasty, Wei Dynasty, Jin Dynasty and Tang Dynasty, in the area that is Beijing today.

In the Qin Dynasty, Jixian was the residence of Guangyang Prefecture. In the fifth year of emperor Gao of the Han Dynasty, it was designated as the jurisdiction of the state of Yan. In the first year of Yuanfeng, it was restored to Jixian County and Guangyang County merged with Youzhou. In the first year of this period, it was the capital of Guangyang state. During the reform of Guangwu in the Eastern Han Dynasty, Youzhou governor department was set up in Jixian. In the eighth year of Yongyuan reign, Youzhou returned to Guangyang county. From the two Jin Dynasties to the Sui, Tang, Five Dynasties to the Western Jin Dynasty, the Imperial Court changed Guangyang County into Yan state, and Youzhou moved to govern Fan Yang. In the later Zhao Dynasty, the residence of Youzhou was moved back to Jixian County, and the state of Yan was changed to Yan County, which was unchanged after the reign of the former Yan, the former Qin, the former Yan, the latter Yan and the Northern Wei Dynasty. Until the third year of kaihuang in Sui Dynasty, Yan County was abolished.

But in three years, Sui Dynasty changed Youzhou to Zhuo county. In the Wude period of the early Tang Dynasty, Zhuo county was called Youzhou again. In the first year of Zhenguan, Youzhou was under the jurisdiction of Hebei. After that, Beijing became the residence of Fan Yang's festival history. During the Anshi rebellion, Anlushan was once called emperor here, and Jianguo was called "Dayan". At the beginning of the Five Dynasties, warlord Liu Rengong established a separate regime here and called himself King Yan, which was later eliminated by the Tang Dynasty. Since the first year of Huitong, the Liao Dynasty established Nanjing in Beijing, changed Youzhou into Nanjing Xijin mansion, and changed its name to Yanjing in the first year of Kaitai. In the first year of Zhenyuan in the Jin Dynasty, Wan Yanliang, the king of Hailing, officially established his capital in Beijing, which is called Zhongdu.

Since then, the capitals of the Yuan, Ming and Qing Dynasties were all established in Beijing. In the Yuan Dynasty, Genghis Khan conquered Beijing in 1216 and set up Daxing mansion on Yanjing road. From Shizu to the first year of the Yuan Dynasty, it was changed into Daxing mansion on Zhongdu road. In the fourth year of Zhiyuan Dynasty, the capital of Yuan Dynasty was built in the Northeast suburb of Jinzhongdu. In the ninth year of Zhiyuan Dynasty, Daxing Prefecture, the capital of China, was officially renamed as Dadu, with khanbalik in Mongolian and Hanbali and gambalik in Chinese transliteration. In the early years of the Ming Dynasty, Yingtianfu was taken as the capital. Dadu road was renamed beipingfu in August of the first year of Hongwu, and was transferred to Shandong Province in October of the same year.

In March of the second year of Hongwu's reign, it was changed to the post of Chengxuan political envoy in Beiping. After Zhu Di (Ming Chengzu), the king of Yan, launched the Jingnan war and won the throne, he was promoted to Beijing in the first year of Yongle, known as Xingzai. In the first month of the 19th year of Yongle, the Ming government officially moved its capital to Beijing, with shuntianfu Beijing as its capital and Nanjing as its remaining capital. The Qing Dynasty immediately occupied Beijing, also known as the capital shuntianfu, which belongs to Zhili Province. After the 1911 Revolution in modern times, the capital of the Republic of China was Nanjing. In 1912, it moved to Beijing until the collapse of the Beiyang Government in 1927. At this time, the local system of Beijing was still in accordance with the Qing system, which was still called shuntianfu. Until the third year of the Republic of China, shuntianfu was changed to Jingzhao, which was directly under the Beiyang government. After the northern expedition, the capital of China moved to Nanjing, Beijing was renamed as the special city of Beiping, and the place of Jingzhao was abolished. In June 1930, Beiping was reduced to a city under the jurisdiction of Hebei Province, and in December of the same year, it was upgraded to a city under the jurisdiction of the Yuan.

After the July 7th incident in 1937, Beiping was occupied by Japan, and the puppet regime "Provisional Government of the Republic of China" was established, which renamed Beiping as Beijing. On August 21, 1945, sun Lianzhong's Department of the 11th theater recovered Beijing and renamed Peking. On January 31, 1949, the Chinese Communist army gained control of Peiping. On September 27 of the same year, the first plenary session of the Chinese people's Political Consultative Conference adopted the resolution on the capital, calendar, national anthem and national flag of the People's Republic of China, and Beiping was renamed Beijing. On October 1, 1949, the People's Republic of China was founded in Beijing's Tiananmen Square.

This text was translated and adapted into English from Baidu Zhidao, a division of Baidu Inc.