These stats were collected through general studies by prominent institutions that analyzed Calgary's tourism sector. They represent Calgary as a whole, not certain parts of the city that are either better or worse-off. These studies were then summarized into a given rating.

Calgary was founded in 1875 by the Royal Canadian Mounted Police as Fort Brisebois to end the illegal whiskey trade in the region. The city was renamed to Fort Calgary one year later in honor of a small town in Scotland. By 1886, Calgary had become a stop on the Canadian Pacific Railway and was linked to Vancouver and other parts of Alberta. Another rail connection between Calgary and Edmonton was built in 1891. And with these connections, Calgary soon became the main shipping center for the cattle industry. The discovery of oil in the Calgary area, brought immigrants from all over North America to the city in the early 20th century. Today, Calgary is Central Canada’s commercial epicenter and one of the world’s cleanest and safest cities.

The Calgary Tower is a 190 meter observation tower in the center of Calgary. 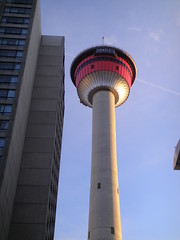 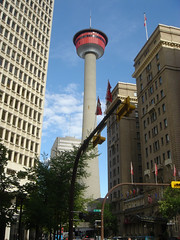 Prince's Island Park is an urban park in Calgary located on the Bow River. 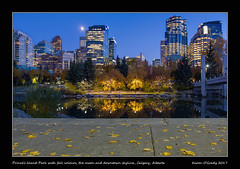 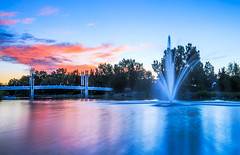 "Calgary Transit operates a fleet of buses, trains, and shuttle buses. The backbone of the system is the C-Train, an LRT (light rail transit) train system. (Outside of North America, similar transit systems are often called trams.) In Calgary, the terms C-Train and LRT are used interchangeably" - TripAdviser.com

Book a trip to Calgary