Dubai is one of the most visited cities in the Middle East as well as the world. It is a large financial/business center and is home to many industries. Moreover, the city's port is one of the largest in the world.

To learn more about traveling to Dubai, watch our Dubai vacation travel guide video. This is an ad for another Tripetta service approved by Tripetta Dubai.

These stats were collected through general studies by prominent institutions that analyzed Dubai's tourism sector. They represent Dubai as a whole, not certain parts of the city that are either better or worse-off. These studies were then summarized into a given rating. 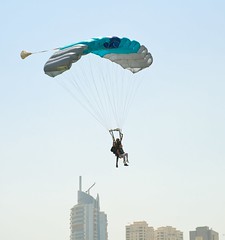 The Burj Khalifa is the tallest building in the world. It dominates Dubai's skyline and offers numerous other attractions in and around the building itself including a park, mall, and even a zoo and aquarium. 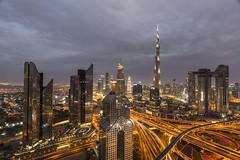 Ski Dubai is an indoor ski resort with 22.5k meters of indoor ski space. Opened in 2005, Ski Dubai is located in the Dubai Mall, and is one of the top attractions in the city. 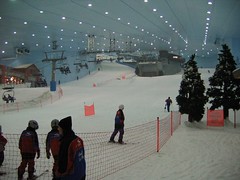 The Burj Al Arab, the second-most famous building in Dubai after the Burj Khalifa, is a luxury hotel, with a beach, and some of the best luxury amenities in the Middle East. If you are not staying here at least walk by, because, this building is truly the world's eighth wonder.

Get a visa for the United Arab Emirates...

In 1830, a small fishing village called Dubai was taken over by the Bani Yas tribe from the Liwa Oasis. By the 1890s, Dubai had become a bustling town as foreign traders are drawn in because they are exempt from taxes in the town.

In the early 20th century, Dubai grew rich from the pearl industry but this industry soon tanked in the 1940s. In 1959, the Emir of Kuwait lends Dubai's ruler millions of dollars to renovate the city's main port and develop its reputation as a major trading hub.

When oil was discovered outside the city in the 1960s, Dubai grew rich. Skyscrapers started filling the city's skyline. Eventually, however, Dubai realized it couldn't sustain its oil industry forever, and decided to focus on tourism and business. The Burj Al Arab opened in 1999 and was closely followed by the Dubai Mall and Burj Khalifa.

Respect Dubai's culture, do not drink in public, dress modestly, show respect during Ramadan, and most important of all, travel to Dubai ONLY from October to April as the summer months offer some truly excrutiating heat