Welcome to the Philippines

Welcome to the Philippines. The Philippines is an island nation in Southeast Asia that is known for its beaches, and its iconic capital Manila. From Spanish to Chinese and American influences, this island nation blossoms with diversity anywhere you look.

Map of the Philippines

These stats were collected through general studies by prominent institutions that analyzed the Philippines's tourism sector. They represent the Philippines as a whole, not certain parts of the country that are either better or worse-off. These studies were then summarized into a given rating.

Manila is the capital and largest city of the Philippines. 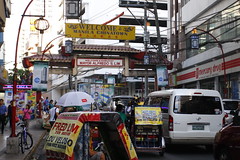 Cebu City is the second-largest city of the Philippines. 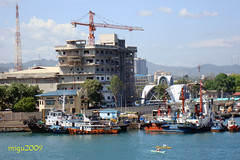 Palawan is a tropical paradise island in the Philippines. 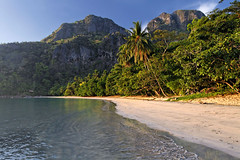 About 30,000 years ago, the Philippines became inhabited by humans. These humans arrived from Mainland Asia, kept close ties with China, and were mainly Muslim. The Philippines were claimed for Spain by Ferdinand Magellan (the first man to sail across the world) in 1521. New agriculture was brought in from all over the world to make the Philippines self-sufficient. After three centuries of colonial rule, however, an independence movement was brewing. CSub says, "Rizal's (Rizal was an opposition leader) execution gave impetus to the revolution. Although the Filipino rebels, led by Emilio Aguinaldo, did not win complete independence, the Spanish were not able to end the rebellion. In December of 1897, negotiations with Spain resulted in the the Pact of Biak-na-Bato. All of the rebels were granted anmisty and the leaders of the revolution returned in voluntary exile to Hong Kong. While in Hong Kong, Aguinaldo and his compatriots designed what is today the Philippine national flag." Here is where the United States comes in. The United States was already in a conflict with Spain called the Spanish-American War. The American fleet was dispatched to the Philippines (then a colony of Spain) to attack the Spanish fleet. The Americans won the war and the Philippines, along with Guam, Cuba, and Puerto Rico were ceded to the United States. Unsure of what to do with the Philippines, the Americans established several councils to make recommendations but Filipinos were not a part of the voting process. Progress towards independence stalled during World War Two, when the Philippines was occupied by Japan. Eventually, the Allied Forces freed the Philippines of Japanese occupation and the Philippines continued to be a commonwealth of the United States before becoming an independent republic. Today, many Filipinos speak English.

"Since it’s made up of over 7,000 islands, the Philippines is not a train-heavy nation. That means coach buses are going to be your best bet for getting city-to-city. There is a small light rail system in the Manila metro area (called the Light Rail Transit System or 'LRT' for short), but it’s notoriously inefficient." - ViaHero