Welcome to Greece. Greece is a country in Southern Europe that is known for its ancient history, beautiful beaches, natural beauty, and fascinating cities. From Athens to Thessaloniki, Greece sparkles with beauty.

These stats were collected through general studies by prominent institutions that analyzed Greece's tourism sector. They represent Greece as a whole, not certain parts of the country that are either better or worse-off. These studies were then summarized into a given rating.

Athens is the capital and largest city of Greece.

Thessaloniki is the largest city in Northern Greece and is known for its history. 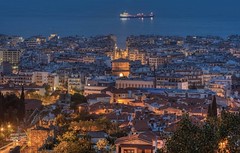 Crete is an island in Southern Greece that is known for its beaches. 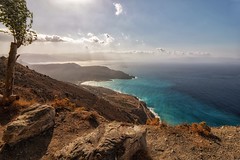 Get a visa for Greece...

Although humans have lived in Greece since the Bronze Age, the beginnings of the country actually begin during the Classical Period. Later, Greece was divided into several city-states, with Athens and Sparta being the largest and most powerful. The foundations of Western civilization were created at this time. However, in the 4th century BCE, the city-states lost multiple wars before the rise of the Greek-Macedonian ruler, Alexander, who conquered the Middle East and part of India. The Romans conquered Greece in the 2nd century BCE and began a new period in Greek history. During this time, Greek culture declined, but the Greek language became an official language within the empire, and ancient Greek religion and Greek traditions merged with Roman society. In the 3rd century, the Roman Empire was divided into the Eastern and Western Roman Empires. After the division of Rome, Greece joined the Eastern Roman Empire which became the Byzantine Empire. Many modern Greek democratic ideals are based on Byzantine customs and laws. Christianity was also introduced to Greece at this time. In the 15th century, the Ottoman Turks conquered Constantinople and Greece. Greek culture was suppressed during this time and there were frequent rebellions against Turkish rule. Greece achieved independence in 1829 and became a monarchy. Today, Greece is a highly developed country with a modern infrastructure. The country is one of the most touristic in Europe and is known for its many tourist attractions.

"The Athens public transport system is affordable, reliable and covers most of the city and suburbs. You can use all means of public transport using the same ticket (a single ticket costs €1.40 and is valid for 90 minutes)." - ThisIsAthens

See if you can travel to Greece visa-free