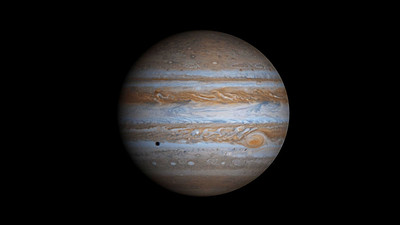 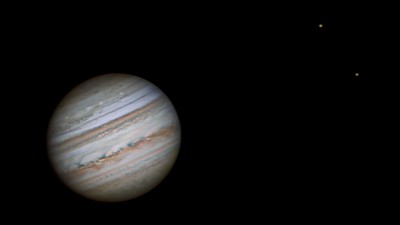 "Jupiter took shape when the rest of the solar system formed about 4.5 billion years ago, when gravity pulled swirling gas and dust in to become this gas giant. ... About 4 billion years ago, Jupiter settled into its current position in the outer solar system, where it is the fifth planet from the Sun" - NASA

Since Jupiter is not a terristreal planet, its surface is not solid like earth's, rather made of a sea of different gasses.

Although it is impossible to land humans on Jupiter, this planet has been explored from afar, and more is known about Jupiter than about many of the other planets in the Solar System.

Sorry. Roscosmos does not appear to have any projects involving Jupiter.

Sorry. The CNSA does not appear to have any projects involving Jupiter.

Jupiter is not known for a pleasant climate. Is home to some of the worst storms on the Solar System that are two times worse than the worst hurricanes experienced on earth.

Travel to Jupiter is unlikely becaause Jupiter is not a terrestrial planet.

Sorry. We couldn't find any photos in this category