South Korea is a country located in the south of the Korean Peninsula, bordering North Korea. The country is famous for its culture, incluing K-Pop and K-Beauty.

To learn more about traveling to South Korea, watch our Seoul vacation travel guide video. This is an ad for another Tripetta service approved by Tripetta.

These stats were collected through general studies by prominent institutions that analyzed South Korea's tourism sector. They represent South Korea as a whole, not certain parts of the country that are either better or worse-off. These studies were then summarized into a given rating.

Bukchon Hanok Village is a six-hundred-year-old village in South Korea and one of the most historic places in Asia. 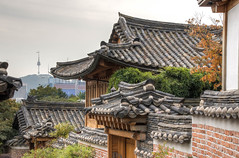 Gyeongbokgung Palace was the main royal palace of the Joseon Dynasty. 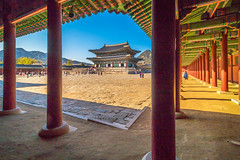 Myeong-dong is a shopping district in Seoul. 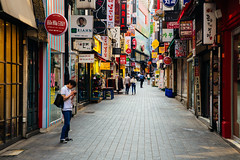 Get a visa for the Republic of Korea...

After the end of Japanese occupation of the Korean Peninsula, the country was invaded by China and the Soviet Union in the north, and the United States and United Kingdom in the south. At first the relations between the countries were friendly but things turned sour very quickly. South Korea continually aligned itself with the US against the north and against Japan (a US ally). This caused great anger in the north and led to a conflict between the two countries. The US and UK were quick to back South Korea, but after China’s backing of the north, and the sheer force of the North Korean military, the two sides met at the center of the Korean Peninsula and established the DMZ (Demilitarized Zone) which is actually the most militarized place on our planet. In 1961, the South Korean Government was overthrown in a military coup. The country’s government style and constitution changed three times from 1963 to 1987. After 1987, South Korea started to prosper and Korean companies like Samsung started becoming global giants. Today, South Korea is one of the richest and most prosperous countries in East Asia.

"Traveling by train is without a doubt the most efficient and comfortable way to get around South Korea. Before you leave for your trip, consider purchasing a KORAIL rail pass, which will make getting around upon arrival much easier." - SmarterTravel.com

South Korea is a very safe country! Make sure you follow all neccessary guidelines if traveling to the DMZ.

See if you can travel to South Korea visa-free