Welcome to Lebanon. Lebanon is a country in the Middle East that is known for its beautiful capital, Beirut, archaelogy, natural beauty, and food.

These stats were collected through general studies by prominent institutions that analyzed Lebanon's tourism sector. They represent Lebanon as a whole, not certain parts of the country that are either better or worse-off. These studies were then summarized into a given rating.

Byblos is one of the world's oldest continuously inhabited cities. 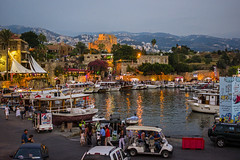 Beirut is the capital and largest city of Lebanon. 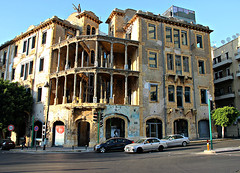 Lebanon was conquered by Muslim Arabs in the 7th century and several Crusader kingdoms were established in the country in the 11th and 12th centuries. The country fell under Mamluk Egyptian rule in the late 13th century and was conquered by the Ottoman Turks in the 16th century. Despite being controlled by the Ottoman Empire, major British corporations held significant power over Lebanon in the 19th century. After World War One, Lebanon became a protectorate of France. Lebanon gained independence after the Second World War.

"Lebanon lacks adequate public transportation, but private, un-metered taxis and shared cabs are abundant in and around the capital. Buses and taxis are the two main means of transport used in Beirut. Buses are cheap and can be recognized by their colors: white and red." - NordeaTrade

See if you can travel to Lebanon visa-free