Welcome to North Macedonia. North Macedonia is a country in Southern Europe that is known for its history, culture, and natural beauty. It is situated between Albania and Bulgaria with Greece to the south and Serbia to the north.

These stats were collected through general studies by prominent institutions that analyzed Macedonia's tourism sector. They represent Macedonia as a whole, not certain parts of the country that are either better or worse-off. These studies were then summarized into a given rating.

Skopje is the capital and largest city of North Macedonia. 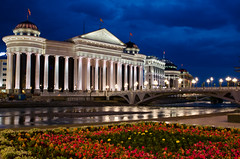 Bitola is a city in Macedonia near the Greek border that is known for its architecture and natural beauty. 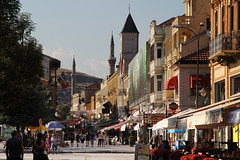 Kumanovo is a city in North Macedonia that is known for its history and architecture.

Get a visa for North Macedonia...

"Intercity rail travel is economical and generally comfortable, although the network is somewhat limited due to the mountainous nature of the country. ... Visitors should note that Ohrid is not accessible by train, and longer-distance buses are the only public transportation option." - iExplore

See if you can travel to North Macedonia visa-free