Welcome to Malaysia. Malaysia is an island nation in Southeast Asia that borders Brunei, Indonesia, and Thailand. It is known for being home to one of the largest economic hubs in Asia; Kuala Lumpur.

These stats were collected through general studies by prominent institutions that analyzed Malaysia's tourism sector. They represent Malaysia as a whole, not certain parts of the country that are either better or worse-off. These studies were then summarized into a given rating.

Kuala Lumpur is the capital and largest city of Malaysia. 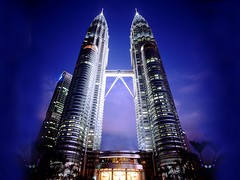 Hindu temple located inside a cave. 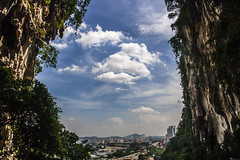 Mount Kinabalu is an iconic mountain in Malaysia. 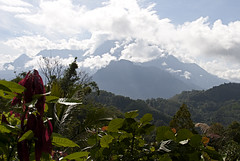 Get a visa for Malaysia...

The earliest states on the Malay peninsula were several Hindu kingdoms. Trade between Southeast Asia and India was crucial for the economy of the Asia Pacific region during ancient times. Among these were the Gangga Negara and Kedah kingdoms. The last Hindu empire in Malaysia was the Srivijaya Empire which collapsed in the 13th century. The Hindu kingdoms were followed by a series of Muslim sultanates starting with the Malaccan Sultanate which was culturally and ethnically tied closer to China than to India. Just before the beginning of the colonial period, several local sultanates dominated the politics of Malaysia. British, Dutch, and Thai influences also swept in. Britain colonized Malaysia in the 19th century and a naval conflict was fought in Malay waters, between the Colony of Malaysia and Germany and Russia. Malaysia finally regained her independence in 1963 and became one of the most highly developed and fastest-growing countries in Southeast Asia.

"Transportation in Malaysia started to develop during British colonial rule, and the country's transport network is now diverse and developed. Malaysia's road network is extensive, covering 250,023 kilometres, including 1,956 km of expressways." - The Wikimedia Foundation

See if you can travel to Malaysia visa-free