Manila is the capital and largest city of the Philippines as well as one of the largest busines hubs in Southeast Asia.

To learn more about traveling to Manila, watch our Manila vacation travel guide video. This is an ad for another Tripetta service approved by Tripetta Philippines.

These stats were collected through general studies by prominent institutions that analyzed Manila's tourism sector. They represent Manila as a whole, not certain parts of the city that are either better or worse-off. These studies were then summarized into a given rating.

Rizal Park, named for the ambitious Filipino revolutionary who took on the Spanish during the war for independence, is one of the largest parks in Asia and features light shows and other festivities at night. 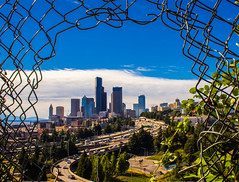 Casa Manila is a history museum where you can learn more about life in the Philippines when it was a Spanish colony. 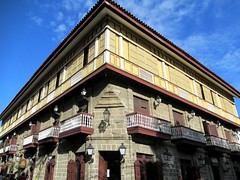 Fort Santiago, built in the late 16th century, is a citadel and iconic fortress in the Intramuros part of Manila. 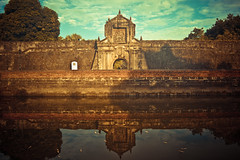 San Augustin Church is a Roman Catholic church in Manila and of few like it in Southeast Asia. 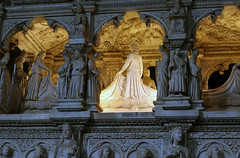 Originally established as a walled Muslim settlement, Manila was soon invaded by Spanish conquistadors to establish the colony of Intramuros. Manila became the capital of the new colony. The city became a major religious center and one of the largest Catholic cities in the world - even in the 17th century. The city was occupied several times, first by the Chinese in the late 16th century, then by the Dutch in the 17th century. During the 18th century, the city was briefly occupied by the British but control returned to Spain after the Treaty of Paris of 1763. The city opened to foreign investment and trade in the early 19th century and became a major commercial center after the construction of the Suez Canal. During the war for independence, the United States helped defeat the Spanish, and the city saw some of the worst fighting in its history at Manila Bay.

However, after defeating the Spanish, the United States decided to not grant the Philippines independence and instead colonized it for itself. During the early 20th century, Manila saw great economic improvement under new U.S policies but the city was occupied by Japanese forces during World War Two. After the war, Manila finally became the capital of the new Filipino state which was established with aid from the United States. After that, Manila grew rapidly and became one of the largest commercial centers on the South China/East Vietnam Sea.

Since the public transportation system in Manila is one of the worst in Southeast Asia (even according to the government), the best way to get around is by using Uber or grab car.

Manila is a happy town so there really aren't any warnings other than to stay in neighborhoods that are safe and to avoid traveling much at night.