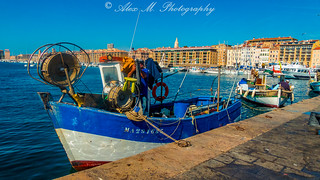 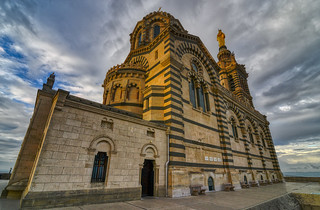 Massif des Calanques is a popular national park near Marseille. 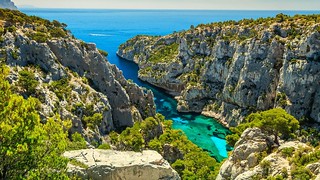 Marseille has a typical, Mediterranean climate with warm weather.

Question: What is the ideal time to visit Marseille?

Answer: The best time to visit Marseille is between September and November.

The French city of Marseille was originally founded as the Greek colony of Massalia. This was the first Greek settlement in France. More settlers arrived to the city from modern-day Turkey in the immediate years following. As Massalia grew, it became the largest port in the region and had a population of 50,000 people by the 4th century BCE. The city was later conquered by the Romans and was used as a strategic outpost to conquer the rest of France, then known as Gaul. Christianity was introduced in the first century and Marseille continued to grow during the Middle Ages although Moors from Spain often launched attacks against the city. Several French crusades were also started from the city. Marseille continued to prosper during the Renaissance and became one of Western Europe’s largest and richest cities, particularly due to trade with Italy and Portugal. In the 18th century, Marseille’s defenses were improved and the city became France’s leading military port in the Mediterranean. Marseille strongly supported Napoleon Bonaparte during the French Revolution. Marseille retained important status during the early 20th century, and the Yugoslav king Alexander the First was assassinated in the city on a diplomatic visit in 1934. During the Great Depression, Marseille also became known for its sophisticated mafia. In 1940, Marseille was bombed by German and Italian forces during World War Two and the city was occupied by German forces for two years during which many of the city’s Jewish residents were brutally killed in detention camps. Much of the city was rebuilt in the 1950s and the city also attracted more than one million immigrants to France.

Book a trip to Marseille