Welcome to Montenegro. Montenegro is one of the top tourist destinations in Southern Europe and is known for its beautiful beaches, cities, and seaside resorts.

These stats were collected through general studies by prominent institutions that analyzed Montenegro's tourism sector. They represent Montenegro as a whole, not certain parts of the country that are either better or worse-off. These studies were then summarized into a given rating.

Podgorica is the capital and largest city of Montenegro. 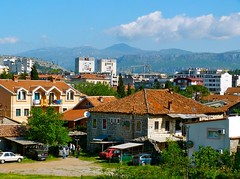 Perast is a historic town in Montenegro that is one of the country's top tourism epicenters. 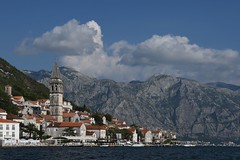 Budva is a historic town in Montenegro and one of the country's top tourism hubs. 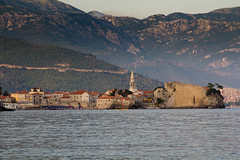 Get a visa for Montenegro...

Before the arrival of Slavs to Montenegro, the country was primarily inhabited by the Illyrians. Slavs arrived in the 6th century and were Christianized by the 9th century. In the 10th century, Montenegro was conquered by the rapidly expanding Bulgaria. In the 15th century, Montenegro was conquered by Serbia. Starting in the 16th century, much of Montenegro was colonized by the Republic of Venice and thousands of Italians arrived in the country. In the 17th century, Montenegro defeated the Turkish military and was dominated by independent clans until the 19th century when the country forged a stronger relationship with Russia, Serbia, and Romania, and continued uniting its independent clans into a strong militarized state that was a major contender in the First World War. After an Austrian occupation, Montenegro joined Yugoslavia but remained largely autonomous and self-governing. During the Second World War, the country was occupied by Italy. After the war, Yugoslavia started to recover and became one of the richest European countries. Although Yugoslavia only collapsed in the 1990s, Montenegro gained independence in 2006, because it was a formal part of Serbia. Since independence, Montenegro has grown rapidly and has become one of the richest and most-visited Balkan nations.

"Montenegro is operated by four main railway providers. The main rail way stations are at Podgorica, Niksic, Tuzi, Bijelo Polje and Bar, so most train routes on Montenegro will lead to these. Currently the only railway link to another country is to Serbia." - MyGuideMontenegro

See if you can travel to Montenegro visa-free