These stats were collected through general studies by prominent institutions that analyzed Montreal's tourism sector. They represent Montreal as a whole, not certain parts of the city that are either better or worse-off. These studies were then summarized into a given rating.

Montreal was originally called Hochelaga by the Huron people who lived in present-day Quebec at the time of the arrival of the first Europeans from France. Montreal was founded in the 17th century, by Paul de Chomedey, as a missionary center. The first hospitals and schools were opened here in the 1650s and 1660s. However, Montreal quickly established itself as a fur trade port and even surpassed Quebec City. After the decline of the Fur Trade in the 18th century, Montreal reemerged as a major transportation hub. The city’s economy grew rapidly in the 19th century with new transportation technology better linking Montreal to the rest of Canada, and even to the United States. For a brief period, Montreal even served as Canada’s capital. Today, Montreal is a vibrant and happy city and one of the most-visited cities in Canada.

Mount Royal is a famous mountain (after which Montreal was named) that is home to a park and has a good view of the city. 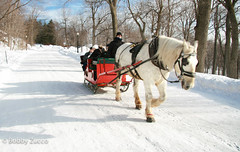 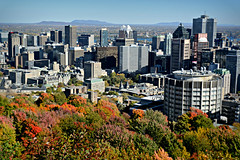 The old port of Montreal is one of the most historic ports in North America that has now been turned into a hip shopping district. 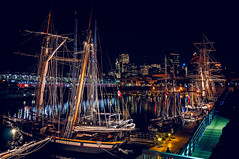 Facing the Place d'Armes Square, the Notre-Dame Basilica is perhaps the most recognizable symbol of Montreal's French colonial past. 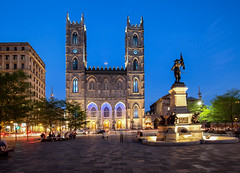 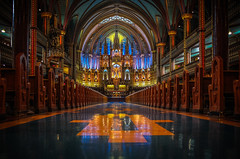 "The Montreal World Film Festival, founded in 1977, was one of Canada's oldest international film festivals and the only competitive film festival in North America accredited by the FIAPF. The public festival is held annually in late August in the city of Montreal in Quebec" - The Wikimedia Foundation

"Public transport and taxi are both convenient and affordable ways to get around Montréal. The metro (subway) system is clean, safe and fast. As a bonus, the public transit network is relatively simple, with just four lines connecting the downtown centre to major tourist sites, bus stops and train stations." - MTL.org

Book a trip to Montreal