Welcome to Myanmar. Myanmar is a country in Southeast Asia that borders India, Bangladesh, China, Thailand, and Laos. It is known for its history and its ancient temples.

These stats were collected through general studies by prominent institutions that analyzed Myanmar's tourism sector. They represent Myanmar as a whole, not certain parts of the country that are either better or worse-off. These studies were then summarized into a given rating.

Naypyidaw is the capital and administrative epicenter of Myanmar. 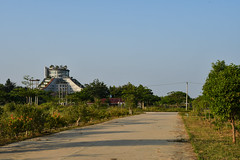 Yangon is the largest city and economic epicenter of Myanmar. 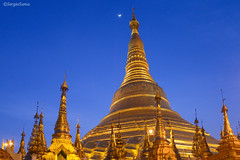 Mandalay is the second-largest city of Myanmar, and is known for being the country's former royal capital. 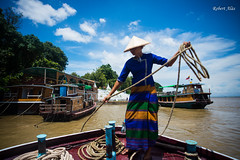 Get a visa for Myanmar...

Humans have lived in Myanmar for over 11,000 years. The early Burmese civilizations drew resemblance to other Southeast Asian cultures such as the Hoabinhan culture. City states were established in present-day Myanmar in places like Binnaka and Mongamo. These city states were at the crossroads of India-China Trade and flourished and prospered during this time. One large state called the Pyu emerged out of the mess of city states and grew in great importance. Pyu was culturally and economically tied closer to China than to India, as noted by Chinese traders passing to India. The Pyu claimed sovereignty over 18 kingdoms. To the south of the Pyu was the Mon civilization which was closely related to the Khmers of Cambodia, but also to India. The most important city in Myanmar at that time was Thoton and it grew in importance in the 4th century when India-Southeast Asia trade nearly tripled. However, one major difference between the Mon and the Indian cultures of the time, was its pratice of Theravada Buddhism; Hinduism and Islam were gaining hold in India. Buddhist ceremonial mounds were constructed throughout the region. In the 9th century, the Kingdom of Pagan ruled over Myanmar but the kingdom clashed with Southern Chinese kingdoms, very often. But, the Southern Chinese kingdoms helped shield Myanmar from the North Chinese which were much more powerful at that time. Myanmar’s famed temple-building traditions started really growing in importance and recognition in the 12th, 13th, and 14th centuries. After the decline of the Pagans in the 15th and 16th centuries, the Toungoo Dynasty came to power in the country. This started to collapse after land and maritime conflicts with Thailand and Portugal. The British colonized most of Burma (Myanmar) during the 19th century after a series of deadly wars. Myanmar regained its independence in 1948 but the early years were rocked by political instability and ethnic division.

See if you can travel to Myanmar visa-free