Promenade des Anglais is a famous seaside promenade in Nice. 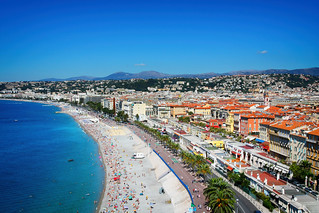 Cours Saleya is a historic market in Nice. 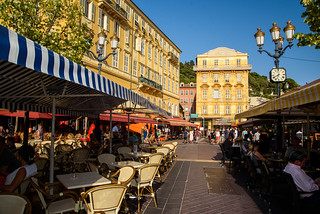 Nice has a Mediterranean climate with warm weather.

Question: What is the ideal time to visit Nice?

Answer: The best time to visit Nice is between September and October.

The French city of Nice was originally founded by the Greeks during ancient times, but remained a small town even during Roman times. After the fall of the Roman Empire, Nice remained under Italian control and joined the Genoese League in the 7th century. The city fell under German control in the 14th century and was attacked by French and Turkish forces in the 15th century. Nice also became known for its pirates, during the Renaissance, and joined the Kingdom of Sardinia in the 18th century. Nice fell under French control in the 19th century and significant infrastructure investments were made by the French in the early 20th century, and many refugees arrived in the city during World War Two. In the post-war period, Nice grew significantly and became one of Europe’s most popular tourism destinations.

Book a trip to Nice