Welcome to Sweden. Sweden is a country in Northern Europe that is known for its beautiful capital, Stockholm, and technology companies.

These stats were collected through general studies by prominent institutions that analyzed Sweden's tourism sector. They represent Swedem as a whole, not certain parts of the country that are either better or worse-off. These studies were then summarized into a given rating.

Stockholm is the capital and largest city of Sweden. 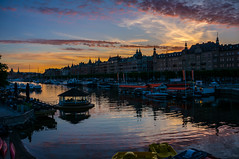 Gothenburg is a major city in Southern Sweden.

Get a visa for Sweden...

"Swedes uses their public transportation frequently. There are various types of coupons according to each city's bus, metro or tram system." - VisitSweden

See if you can travel to Sweden visa-free