These stats were collected through general studies by prominent institutions that analyzed Vancouver's tourism sector. They represent Vancouver as a whole, not certain parts of the city that are either better or worse-off. These studies were then summarized into a given rating.

The first settlement in the Vancouver area was built by the Hudson’s Bay Company in 1827 and was called Fort Langley. More settlements were also built around the site of the modern-day city. Thousands of American workers from California moved into the area in the 1860s because of a gold rush in the Cariboo Mountains. A small sawmilling settlement called Granville from which Downtown Vancouver grew, was set up in the 1870s. Granville prospered after it became the western terminus of the Canada Pacific Railway. The city was soon renamed to Vancouver, in honor of the English navigator George Vancouver, who was the first Englishman to explore the area. After incorporation as a city, a fire broke out in Vancouver and most of the city was destroyed. However, Vancouver quickly recovered and became a major commercial center with all of Canada’s trade with Asia and the American West Coast arriving from the port. This was further amplified during the Second World War. After the war, Vancouver’s population exploded with an influx of Asian immigrants moving into the city; mainly those of Chinese and Indian origin.

Stanley Park is the central park in Vancouver and one of the best places to relax in the city. 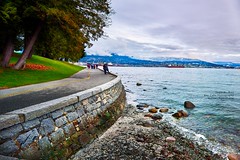 The Capilano Suspension Bridge located on the Capilano River in North Vancouver stretches for 140 meters and is one of the most recognizable icons of the city. 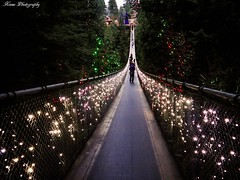 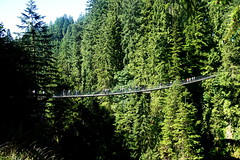 Granville Island is Vancouver's cultural and artistic district situated on the south end of the Granville Street Bridge. 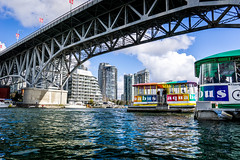 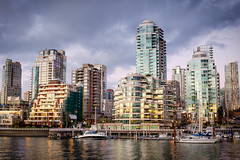 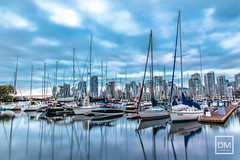 "Most of Vancouver's top attractions are reachable via transit. TransLink is Metro Vancouver's regional transportation authority, and operates a public transit system made up of a network of buses, the SkyTrain, and the SeaBus, as well as the West Coast Express commuter train service" - TourismVancouver.com

Book a trip to Vancouver