Welcome to Edinburgh. Edinburgh is the capital and largest city of Scotland as well as one of the oldest cities in the country. The city is home to some of the most famous tourist attractions in the UK, including the Edinburgh Castle, among others.

To learn more about traveling to Edinburgh, watch our Edinburgh vacation travel guide video. This is an ad for another Tripetta service approved by Tripetta Scotland.

These stats were collected through general studies by prominent institutions that analyzed Edinburgh's tourism sector. They represent Edinburgh as a whole, not certain parts of the city that are either better or worse-off. These studies were then summarized into a given rating.

Edinburgh Castle is a historic fortress in Edinburgh that sits on a hill overlooking the city. It is the most famous tourist attraction in Scotland. 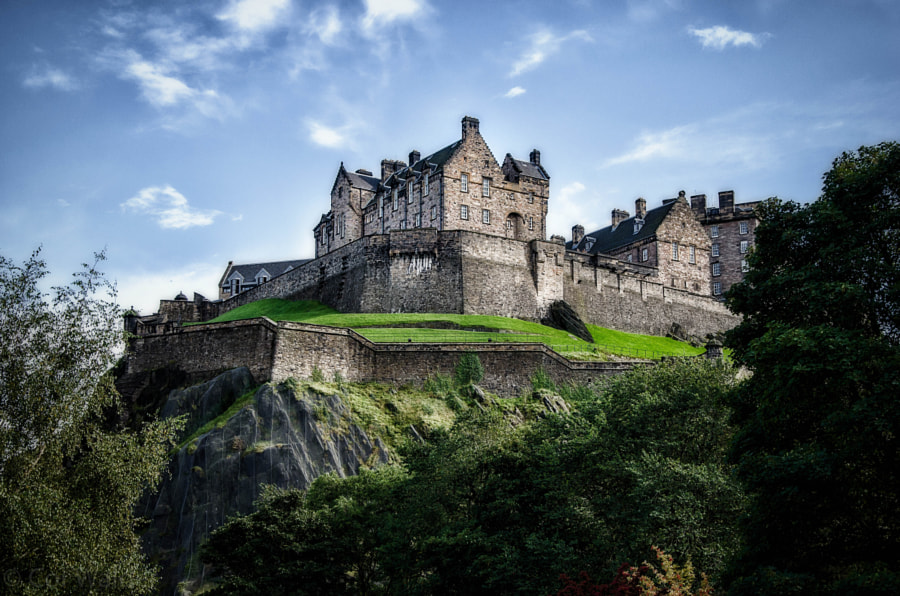 The Royal Mile is the main street in Edinburgh, known for its small shops and historic buildings. Located beyond the east end of Prince Street, Calton Hill is the most popular place in Edinburgh to see the city from above.

Edinburgh was founded as a small fort by the Romans and failed to grow for several centuries. Edinburgh started growing when Scotland declared its independence from Rome and Edinburgh was made a royal burgh in the 12th century. The city gained great political importance in the 15th century when James the Second’s parliaments were moved to Edinburgh. The city was made the capital of Scotland during the governance of James the Third.

Although London definitely had a bad reputation for being dirty, Edinburgh was even worse. Rubbish and human waste was dumped into the town's center throughout the 16th and 17th centuries. A solution to this problem would not be found for centuries. Aside from that grim note, many new stone buildings were constructed in Edinburgh in the 16th century including the city’s first university; Edinburgh University. This growth (although having slowed a bit) continued throughout the 17th century.

After unification with England, Edinburgh became very segregated with the city’s ruling elite discriminating against the lower classes. However in the 19th century, life in Edinburgh became more equal and the city achieved the status of the United Kingdom’s academic capital with some of the world’s most talented and beloved writers having lived in the city. In the 20th century, Edinburgh maintained its status as the country’s academic capital (with the University of Edinburgh becoming one of the most prestigious in the world), but the city also became a large industrial center and produced much of the ammunition needed to the fight the world wars. Today, Edinburgh is a big, happy town whose residents would you love you to come and visit.

"Edinburgh is a very visitor-friendly city, compact and easy to navigate. In the center, most of your travel will be on foot—by far the the most efficient way to get around. But if you’re venturing outside the carousel of Old and New Town, or want to treat yourself to a cab home at the end of the night, here is the info you need. Bear in mind that during the Edinburgh Festival, when the city’s population swells with visitors (not to mention actors, comedians, and musicians getting to their gigs) cabs are at a premium and it might be best to plan ahead" - Roads and Kingdoms

The most important thing you need to know is to wear good shoes since Edinburgh's cobblestone streets would be difficult to navigate without some truly sturdy footwear.

See if you can travel to the UK visa-free