Rynok Square is the central square of Lviv. 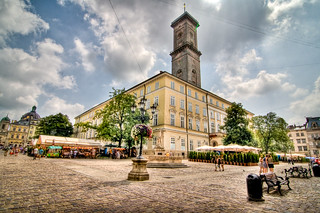 St. George's Cathedral is an iconic Greek cathedral in Lviv. 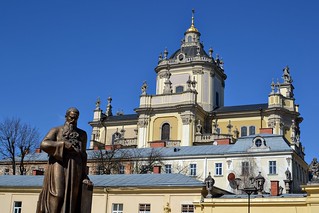 Potocki Palace is an elegant 19th century palace in Lviv. 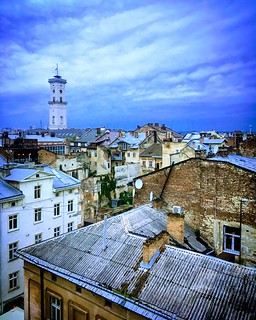 Lviv has a temperate, continental climate and experiences all four seasons.

Question: What is the ideal time to visit Lviv?

Answer: The best time to visit Lviv is between April and October.

The Ukrainian city of Lviv was founded in 1256 as part of the Ruthenian principality of Halych-Volhynia. In 1261, the city was invaded by the Tatars on the orders of a Mongolian general. As the Tatars retreated, Lviv became a provincial capital in 1270. As the city grew, it attracted many German and Armenian merchants. A large famine in Krakow also brought a lot of Polish immigrants. Lviv became a part of Poland in the 14th century and later a part of Lithuania. The city rejoined Poland in 1340. The Polish army also burned down Lviv’s old castle. The city was given a series of important privileges known as the Magdeburg Rights by the Polish king, Casimir the Third, in 1356. Many Catholic and Armenian churches and cathedrals were constructed in the city, during this time. During the Polish-Lithuanian Commonwealth, trade grew in Lviv after the city was given transit rights. Although the Protestant Reformation reached Lviv in the 16th century, not many of the city’s residents converted to Protestantism. The city was briefly controlled by the Cossacks and in the 17th century the city fell under the control of Sweden. In 1672, Lviv was invaded by the Ottoman Turks and later by the Tatars. After briefly falling under Turkish control, Lviv returned to Swedish hands.

In 1772, after the partition of Poland, Lviv was annexed into Austria, and the city grew significantly after the Austrian annexation. The University of Lviv was founded and German became the main language spoken in the city, although, both Polish and Ukrainian remained important languages. In 1853, Lviv became the first European city to have street lights. During the First World War, Lviv became a part of Russia and later became the capital of the self-declared West Ukrainian Republic, although it was governed by Poland. During the Polish-Russian War, Lviv suffered significantly and the city was occupied by Germany during World War Two. After being liberated by the Soviet Army, Lviv became a part of the Ukrainian Soviet Republic, within the Soviet Union. Following the collapse of the Soviet Union, Lviv has grown but the city continues to face many problems.

Book a trip to Lviv