The Holy Trinity Cathedral is the central church of Addis Ababa. 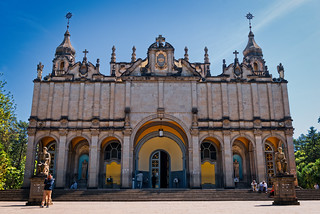 Mount Entoto is a sacred mountain in Ethiopia. 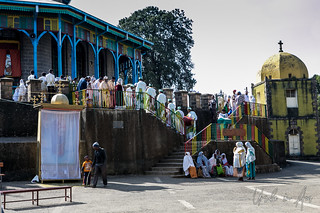 St. George is a sacred cathedral in Addis Ababa. 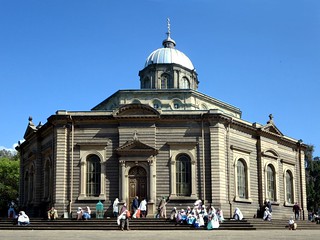 Addis Ababa has a hot climate with warm weather.

Question: What is the ideal time to visit Addis Ababa?

Answer: The best time to visit Addis Ababa is between June and August.

The Ethiopian city of Addis Ababa was founded in 1886 as a mineral springs resort for Ethiopia’s Royal Family. In 1892, after Emperor Menelik the Second constructed an enormous palace in the city, Addis Ababa was designated as Ethiopia’s new capital. The city grew with many figures of the country’s intellectual class moving in, and by the start of the 20th century, several distinct neighborhoods had emerged. Land charters were granted in 1907, and by 1917, a railway connected the city to the French colony of Djibouti. Haile Selassie, who rose to power in a mass 1918 uprising and became one of the city’s most prominent and controversial politicians, was crowned Emperor of Ethiopia in 1930. Addis Ababa experienced an economic boom in the 1920s, which was fueled by the rising price of coffee. Many banks were opened and by the end of the decade, Addis Ababa was rich. Following Selassie’s coronation, and as most of the rest of the world was plunged into the Great Depression, Addis Ababa saw many new improvements. Better transport was constructed, power lines and telephones were installed, and several now-iconic city monuments were erected. After Ethiopia’s devastating war with Italy, Selassie fled the country and Addis Ababa was occupied by the Italian Army.

Addis Ababa was liberated by the British Army five years later, Selassie was reinstalled, and the city remained the capital of Ethiopia. A new wave of migration started, this time fueled by working-class settlers from poorer rural areas. Addis Ababa also had a significant foreign-born population, mainly of European financiers and elitists, who came to the city to expand their fortunes. Following a slow government response to Ethiopia’s 1973 famine, student uprisings ignited a coup against Selassie’s government. The successor to Selassie’s deposed government was the military regime known as the Derg, which collapsed in 1991. Ethiopia became democratic after the collapse of the military regime, and Addis Ababa’s population has since exceeded five million people.

Book a trip to Addis Ababa