Algeria is the largest country on the African continent. Situated in Northern Africa, Algeria borders Libya, Tunisia, Morocco, Mauritania, Mali, and Niger, and the Mediterranean Sea. The country has deep ties with both European, African, and Middle Eastern countries.

To learn more about traveling to Algeria, watch our Algeria vacation travel guide video. This is an ad for another Tripetta service approved by Tripetta.

These stats were collected through general studies by prominent institutions that analyzed Algeria's tourism sector. They represent Algeria as a whole, not certain parts of the country that are either better or worse-off. These studies were then summarized into a given rating.

Monument of the Martyr

The Monument of Martyr is an iconic monument in Algeria honoring the country's independence. Basilique Notre-Dame d'Afrique is a Roman Catholic Church in Algeria and one of the only ones of its kind in Africa. 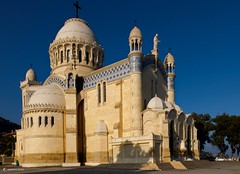 Fort Santa Cruz is a mountaintop fort, with picturesque views, in Oran. 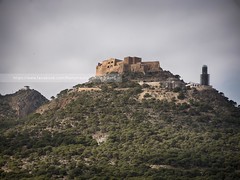 Algiers is the capital and largest city of Algeria. It is known for its French colonial architecture and historic buildings, as well as its many churches and mosques. 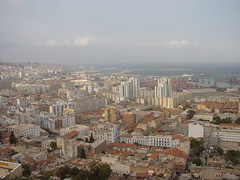 Bechar is a major city in Algeria and one of the country's fastest growing cities. It is known for its city center and many neighborhoods. 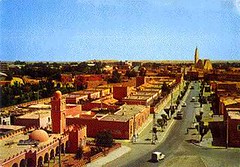 Algeria, like many North African countries, has a typical Mediterrean climate, although, the south of the country is more dry.

Question: What is the ideal time to visit Algeria?

Answer: The best time to visit Algeria is March, when it is not too hot.

The main languages spoken in Algeria are Arabic and French. Here are a few basic terms you should learn.

The first civilization established in modern-day Algeria was established at Carthage on the Mediterranean Coast. The Phoenicians of Carthage often came into conflict with the southern and central Berber people. Carthage collapsed after it was defeated by the Roman Empire. Northern Algeria and some Berber groups converted to Christianity in the second century. After the fall of the Western Roman Empire, Algeria fell into the hands of the Vandal Kingdom which was later invaded by the Byzantine Empire. After the invasion of Algeria by the Byzantine Empire, the country was colonized by Arabs who converted Algeria to Islam. Starting in the 11th century, Algeria was ruled by various Berber dynasties. The country was invaded by Spain in the 15th century, who captured some land on the Mediterranean Coast, and converted the people living in those areas back to Christianity. In the 17th century, Algeria was invaded by the Ottoman Turks and became a province of the Ottoman Empire, of which Turkish was the official language. In 1830, the French invaded and colonized Algeria but the country declared its independence, finally, in July of 1962. Since then, Algeria has become the largest and one of the most important players on the African continent.

Algeria has one of the most developed transportation systems in Africa. There is great municipal transit in the cities but if you want to move from city to city, air travel is the best option.

Avoid border regions and some parts of Southern Algeria. Terrorism is common there. The northern part of Algeria is as safe as most of Europe.

See if you can travel to Algeria visa-free