Welcome to Angola. Angola is one of the most beautiful and fastest-growing countries in Africa. It is known for its beautiful beaches and wildlife and its iconic capital, Luanda.

These stats were collected through general studies by prominent institutions that analyzed Angola's tourism sector. They represent Angola as a whole, not certain parts of the country that are either better or worse-off. These studies were then summarized into a given rating.

Luanda is the capital and largest city of Angola. 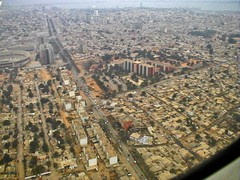 Quicama is one of the most beautiful and well-known national parks in Angola. 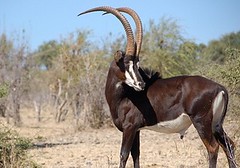 Ruacana is a stunning waterfall in Angola. 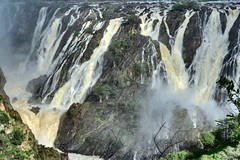 Get a visa for Angola...

The first to settle in Angola were the San people. The first civilization in Angola was established in the 13th century and was called the Kingdom of Kongo. Kongo stretched from Gabon to the north through the modern Congolese states and towards Southern Angola and parts of Namibia. This wouldn't last long since Angola was colonized by the Portuguese in the 16th century. The Dutch invaded in the 17th century, but the country was then invaded by Brazilian colonists, who were under Portugal. The main industry in the country during this time was the Slave Trade. In the 19th century, when the Slave Trade ended, Portuguese rule remained, and was led by a fierce racism towards the native population. In the 1970s, a coup in Portugal, replaced the Portuguese Government, meaning that Portugal was no longer in control of much of its colonies, and during this period of instability the country was invaded by South Africa, as a civil war raged on inside Angola's borders. The conflict was resolved with the help of the Government of Cuba and the United States Government, leading to final peace in 2002. Angola reclaimed much of its former territory, and gained independence.

"The only means of public transportation is on buses, which are run by the Transporte Colectivo Urbano de Luanda. This is a state owned company that that runs 40 bus lines within the city of Luanda as well as over-country bus lines to other cities within the country." - Malacaster Education (on behalf of Google Sites)

See if you can travel to Angola visa-free