Welcome to Armenia. Armenia is a country in the Caucasus that is known for its beautiful capital, Yerevan, fantastic cuisine and fascinating culture. The country is one of the major former-Soviet economies and a global center of innovation in technology and artificial intelligence.

This map is currently unavailable as a result of Armenia-Azerbaijan border disputes.

These stats were collected through general studies by prominent institutions that analyzed Armenia's tourism sector. They represent Armenia as a whole, not certain parts of the country that are either better or worse-off. These studies were then summarized into a given rating.

Yerevan is the capital and largest city of Armenia. 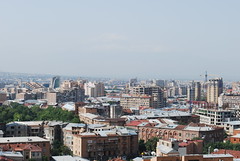 Gyumri is a major economic center and second-largest city in Armenia. 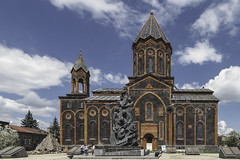 Vanadzor is the third-largest city in Armenia and the capital of the Lori Province.

Vagharshapat is a major city on the Armenian-Turkish border. 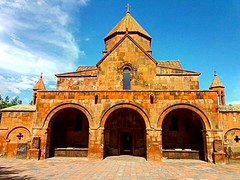 Armenia is a very sunny country, although, it experiences all four seasons. The coldest area of the country is Lake Arpi, while the warmest is Yerevan.

Question: What is the ideal time to visit Armenia?

Answer: The best time to visit Armenia is from May to June when it is sunny but not too hot.

Useful words to know before coming to Armenia

The main languages spoken in Armenia are Armenian and Russian. Here are a few useful phrases.

After the departure of the Persians, the first civilization in Armenia, known as the Orontid Dynasty, was formed. The Orontid Dynasty was succeeded by the Artaxiad Dynasty which was conquered by the Roman Empire. Roman Armenia frequently passed between the hands of Rome and Iran, before the establishment of the Arsacid Dynasty, which put Armenia into joint Roman-Iranian control. In the 4th century, Armenia became the first country in the world to adopt Christianity as the official state religion. By the 5th century, control of Armenia was divided between the Byzantine and Persian Empire on an east to west basis. In the 6th century, all of Armenia was conquered by the Byzantine Empire who were succeeded by the Seljuq Turks. An independent Armenia formed again in the 12th century, and was controlled by two powerful military families. Armenia was reconquered by Iran in the 16th century, before the country was defeated in a series of wars with the Russian Empire, and the Iranians were forced to cede control over Armenia to Russia. Russian Armenia was soon conquered by the rapidly rising Ottoman Empire before the First World War and the establishment of an independent Armenia. The new Armenian state only lasted for two years during which the country fought a bloody war with Georgia over several border disputes, and with Azerbaijan over the strategically important Nagorno-Karabakh. In the end, Armenia was forced to join the Soviet Union. Armenia regained independence from the Soviet Union in the 1990s but continues to be a prominent ally of the Russian Federation.

"Although there are buses and even trolleybuses, too, the most common type of public transportation is the minibuses, especially when it comes to routes outside Yerevan. All the signs and names of the bus stops and areas on city buses and marshrutkas are in Armenian. No free seats doesn't mean no space at all." - EcoKayan 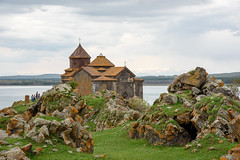 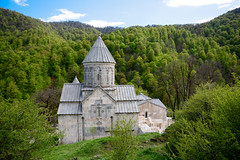 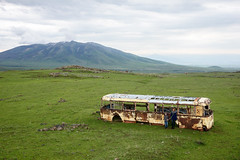 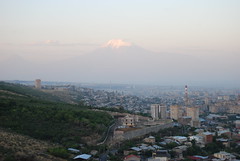 See if you can travel to Armenia visa-free