Welcome to Azerbaijan. Azerbaijan is a country in the Caucasus that is known for its beautiful capital, Baku, beautiful Caspian Sea coast, and modern economy and architecture.

The former Soviet republic of Azerbaijan is one of the top tourist destinations in the Caucasus. With this travel guide, we hope you will learn more information about this fascinating country.

This map is currently unavailable as a result of Armenia-Azerbaijan border disputes.

These stats were collected through general studies by prominent institutions that analyzed Azerbaijan's tourism sector. They represent Azerbaijan as a whole, not certain parts of the country that are either better or worse-off. These studies were then summarized into a given rating.

Baku is the capital and largest city of Azerbaijan. It is known for its modern architecture and historic sites. 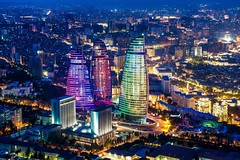 Ganja is the second-largest city in Azerbaijan and is known for its history, specifically when it comes to literature. 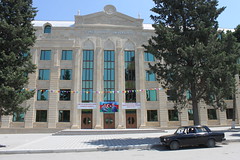 Sumqayit is a city in Western Azerbaijan that is known for its Caspian Sea coast. 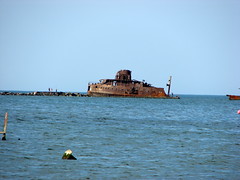 Yanar Duz is a famous forever-blazing natural fire in Azerbaijan. 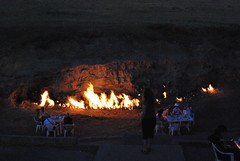 Azerbaijan has a slightly continental climate with cold winters and hot summers, and quite dry mountain regions.

Question: What is the ideal time to visit Azerbaijan?

Answer: The best time to visit Azerbaijan is between April and June.

See if you can travel to Azerbaijan visa-free