Welcome to Croatia. Croatia is a country in Southern Europe that is famous for its beautiful cities, like Zabreb and Dubrovnik, architecture, food, and culture. It borders Slovenia, Hungary, Bosnia and Herzegovina, and Serbia.

These stats were collected through general studies by prominent institutions that analyzed Croatia's tourism sector. They represent Croatia as a whole, not certain parts of the country that are either better or worse-off. These studies were then summarized into a given rating.

Zabreb is the capital and largest city of Croatia. 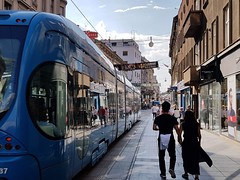 Split is a city in Southern Croatia that is known for its beaches.

Dubrovnik is one of the top beach destinations in Southern Europe. 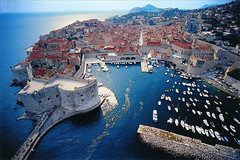 Get a visa for Croatia...

After invading Slovenia, the Roman Empire conquered Croatia in the 1st century. The first Slavs arrived in Croatia in the early 7th century, from Poland. After the fall of the Roman Empire, the Kingdom of Croatia was founded in the early 10th century. A union was established with Hungary and the Republic of Venice in the 12th century. During the 15th century, Croatia lost a large portion of its territory to the Ottoman Empire in the 15th century and decided to develop a greater union with the Habsburgs of Austria. This lasted until 1918 when Croatia joined another union with Slovenia and Serbia. By 1929, this became Yugoslavia. Croatia gained independence from Yugoslavia in June of 1991.

"The main form of local transport is bus (although Zagreb and Osijek also have well-developed tram systems). Buses in major cities such as Dubrovnik, Rijeka, Split and Zadar run regularly; a ride is usually 10KN to 15KN, with a small discount if you buy tickets at a tisak (newsstand)." - Lonely Planet

See if you can travel to Croatia visa-free