Egypt is one of the largest, most powerful, and richest countries on the African continent. It is also the only country that can be considered to be a part of both Africa and Asia, as a result of the Sinai Peninsula. Egypt is one of the most ancient and historic countries on earth and home to iconic sites like the pyramids of Giza.

These stats were collected through general studies by prominent institutions that analyzed Egypt's tourism sector. They represent Egypt as a whole, not certain parts of the country that are either better or worse-off. These studies were then summarized into a given rating.

Cairo is the capital and largest city of Egypt, one of the largest cities in the world, and home to iconic sights such as the pyramids of Giza. 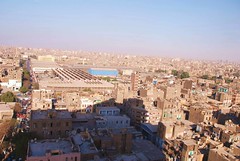 Situated just west of the mouth of the Nile River, Alexandria, founded by the great Macedonian ruler Alexander, is one of the most ancient cities in Africa, and the largest city on Egypt's Mediterranean Coast. 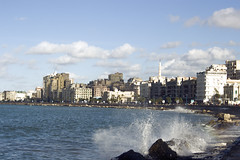 Faiyum is a city in Central Egypt, 100 kilometers south of Cairo. 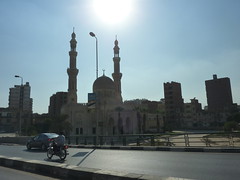 The first civilization in Egypt was formed in the year 3150 BCE by King Menes. A series of dynasties like the one formed by Menes would rule Egypt for the next three thousand years. The First Intermediate Period was rough and tumultuous and marked by large Nile floods that destroyed cities and agriculture and killed people. The Hyksos invaded Egypt around 1650 BCE and established the country's new capital at Avaris. During the New Kingdom, Egypt expanded as far south as modern Sudan and Ethiopia and became not only the world's preeminent intellectual power, but a military power as well.

However, Egypt was soon invaded by the Greeks. At this time, Egypt was ruled by a powerful Hellenestic kingdom that stretched from Syria to Egypt, being one of the largest countries of the time. When Egypt joined the Roman Empire, it became the empire’s breadbasket, with the Nile River Valley being like a food generator that allowed the Romans to grow and expand the empire into other parts of Africa. When the Roman Empire split into two, Egypt joined the Byzantine Empire. However, Byzantine rule was briefly disrupted during two Persian occupations. Although Byzantine rule was restored from Iranian occupations, Arabs soon took over Egypt from the Byzantines and brought Islam to the country for the first time.

Muslim rulers handpicked by the Islamic Caliphate controlled Egypt for the next six centuries. Cairo was the seat of government under the Fatimids. During the 15th century, Egypt joined the Ottoman Empire but became a British protectorate in 1892. Today, seven centuries after independence, Egypt is one of the richest and most powerful countries in Africa.

"The Ministry of Transportation and other government bodies are responsible for transportation in Egypt, whether by sea, land or air. With regards to rail, air and waterway travel, the main line of the nation's rail system follows along the Nile river and is operated by Egyptian National Railways." - The Wikimedia Foundation

See if you can travel to Egypt visa-free