Welcome to France. France is a country in Western Europe that is known for its capital, Paris, architecture, history, and literature. France played an important role in world history and has consistently been one of the world's richest and most powerful countries. Modern France is one of the European Union's largest economies.

These stats were collected through general studies by prominent institutions that analyzed France's tourism sector. They represent France as a whole, not certain parts of the country that are either better or worse-off. These studies were then summarized into a given rating.

Paris is the capital and largest city of France, and one of the world's most expensive cities. 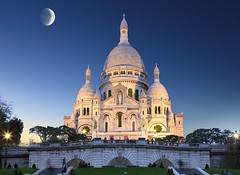 Lyon is France's second-largest city and is known for its holidays and festivals. 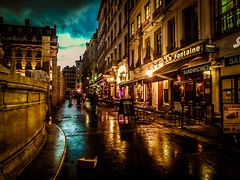 Marseille is a major city in Southern France. 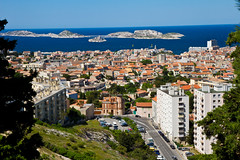 The first civilizations were established in France by the Greeks in the 7th century BCE. After this, the country of Gaul was founded. Gaul included most of France and Belgium, and large parts of Germany. In the 3rd century, Gaul was conquered by the Roman Empire. France gained independence from the Roman Empire in the 5th century. Multiple Frankish kingdoms were established. France united under the Carolingians and fought multiple conflicts against the Vikings. After the fall of the Carolingian Empire, the Kingdom of France was established in the 10th century. In the 12th century, France began its first conflicts against the English. In the 13th century, the government made significant investments into Paris. Paris became one of the largest and most beautiful cities in Western Europe. In the 14th century, the Hundred Years’ War against England was started. In the 15th century, the Catholic Church gained significant power within France and controlled around 40 percent of the French economy. During the Renaissance, French literature and art also came to prominence. In the 17th century, France began setting up its first colonies abroad. After the French Revolution in the 18th century, one of France’s many republics was established. This came to an end with the rise of Napoleon Bonaparte who conquered large parts of Europe, but was defeated by an alliance consisting primarily of Russia and Great Britain. In the 20th century, France suffered brutally during both world wars. After the wars, France was a founding member of the European Union and the country joined the UN Security Council.

"Transportation in France relies on one of the densest networks in the world with 146 km of road and 6.2 km of rail lines per 100 km2. It is built as a web with Paris at its center. Rail, road, air and water are all widely developed forms of transportation in France." - The Wikimedia Foundation