Welcome to Finland. Finland is a country in Northern Europe that is known for its high quality of life, winter traditions and sports, and technology.

These stats were collected through general studies by prominent institutions that analyzed Finland's tourism sector. They represent Finland as a whole, not certain parts of the country that are either better or worse-off. These studies were then summarized into a given rating.

Helsinki is the capital and largest city of Finland. 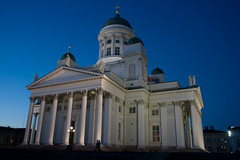 Lapland is a region in Northern Finland that is known for its winter sports and traditions. 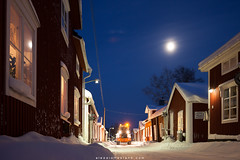 Get a visa for Finland...

The history of modern Finland begins with the arrival of Christianity to the country in the 11th century. By the 13th century, most of Finland was conquered by Sweden. Russia conquered a large region in the east of the country called Karelia. In the 16th century, the Swedish church was reformed and the Finnish people became Protestants. Trade routes linking Finland with Estonia were also strengthened during this time. In the 18th century, many Finnish soldiers died during the Great Northern War when Russia gained control of the Baltic countries. Finland was also occupied by Russia for a brief time. In the 19th century, the whole of Finland was conquered into the Russian Empire. In the 20th century, Finland gained independence from Russia and adopted a democratic governmental system.

"Finland has an extensive rail network. Within cities, trams are the preferred form of transportation. Finnish Railways offers excellent inter-city routes, and taking the train from Helsinki to Turku, Tampere and Lahti is more convenient and definitely faster than the bus." - iExplore

See if you can travel to Finland visa-free