Rocca a Mare Fortress is a historic fortress overlooking the sea in Heraklion. 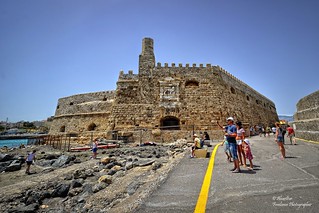 The Church of Agios Minas is a historic Greek Orthodox cathedral in Heraklion. 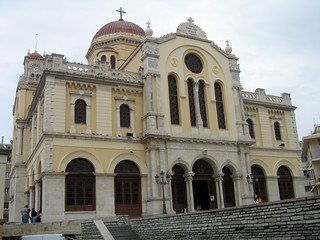 The Palace of Knossos is one of the oldest palaces in Greece. 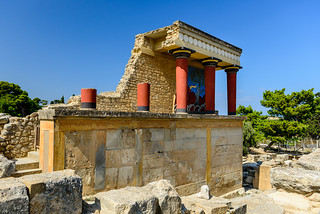 Heraklion has a typical, Mediterranean climate.

Question: What is the ideal time to visit Heraklion?

Answer: The best time to visit Heraklion is from May to October.

The ancient city of Heraklion was founded by the Mycenaeans, and was a strong ally of Sparta during the citystate’s long feud with Athens. After being ruled by the Romans for a brief period of time, Heraklion fell under Byzantine rule in the 4th century, and the city also converted to Christianity. In the early 9th century, Heraklion was briefly occupied by Muslim Arabs but the city was later liberated by the Byzantines in the 10th century. Heraklion was ruled by the Venetians starting in the 13th century and many important works of art were created as the Renaissance spread to the city. During the Italian rule, Heraklion was also renamed to Candia, and was governed democratically. In the 17th century, Heraklion was ruled by the Ottoman Turks, and in the 19th century control of Heraklion fell to the Egyptians. Heraklion became the capital of the independent country of Crete in 1898 after it gained independence from the Ottoman Empire. Crete united with Greece in 1913.

Book a trip to Heraklion