Welcome to Hungary. Hungary is a country in Central Europe that is known for the Danube River and its famous capital, Budapest.

These stats were collected through general studies by prominent institutions that analyzed Hungary's tourism sector. They represent Hungary as a whole, not certain parts of the country that are either better or worse-off. These studies were then summarized into a given rating.

Budapest is the capital and largest city of Hungary. 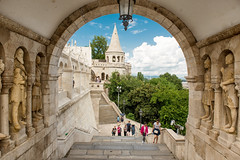 "Hungary has a surprisingly efficient transportation system, including international, domestic, and commuter trains, buses, trams, and the metro. ... For frequent commuters, monthly passes that cover all modes of public transportation are available at all major metro ticket booths and other main transit stations." - JobMonkey

See if you can travel to Hungary visa-free