These stats were collected through general studies by prominent institutions that analyzed Illinois' tourism sector. They represent Illinois as a whole, not certain parts of the state that are either better or worse-off. These studies were then summarized into a given rating.

Illinois was originally settled by various Native American tribes who had some of the most complex civilizations north of pre-colonial Mexico. However, much of the records of their cities, governments, and political systems were destroyed by European colonists. The first Europeans to explore Illinois were the French in the late 17th century, and set up several small military outposts in their new “colony”. The French ceded Illinois as well as much of their North America colonies to Britain after the French and Indian War. The years after the war were difficult because of conflicts between the British and the Native Americans. During the American Revolution, the Continental Army seized Illinois from the British and made it a part of the State of Virginia. Chicago was founded in the late 18th century by an African American pioneer called Jean-Baptist-Point Du Sable.

In the early 19th century, Illinois joined the Indiana Territory, but was granted statehood nine years later. However, it was after the construction of the Transcontinental Railroad and Cumberland Road that the state truly began to prosper. During the American Civil War, Illinois was loyal to the Union, and Abraham Lincoln, an Illinoisan, was elected to the office of the Presidency. Ulysses S. Grant, a general from Illinois, also played a major role in the war. However, in 1871, catastrophe struck. The Great Fire of Chicago destroyed almost the entirety of the state’s largest city and economic epicenter. The city was quick to recover. In the 20th century, Illinois started to lose its “embarassing” reputation of organized crime and became one of the country’s best places to do business.

Chicago is the largest city and economic epicenter of Illinois as well as the third-largest city in the United States. 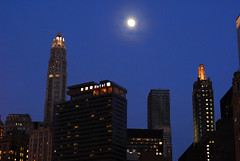 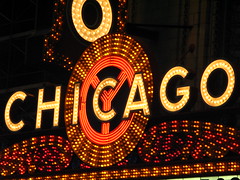 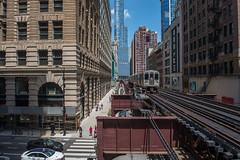 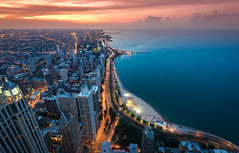 Springfield is the capital and administrative epicenter of Illinois and is home to some of the most innovative architecture in the state. 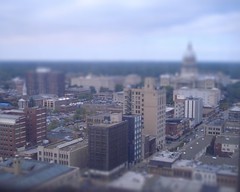 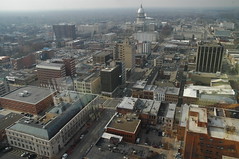 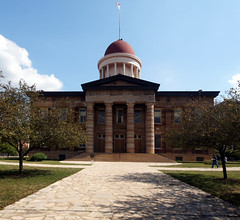 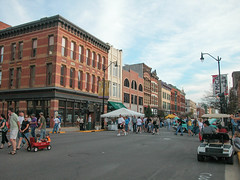 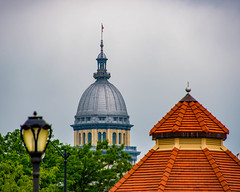 Peoria is a beautiful city on the Illinois River that is famous for its waterfront museum and colonial history.

"Chicago Public Transportation The buses and trains of the CTA (Chicago Transit Authority) are a fast and cost-effective way to get into and around the city. Known as the 'L' (though they may be elevated or underground) the trains are a fun way to see The Loop from a new vantage point." - GoCity

Book a trip to Illinois