Welcome to Indonesia. Indonesia is a country in Southeast Asia that is one of the largest nations in the world. It is known for its iconic beach resort, Bali, and its capital, Jakarta.

These stats were collected through general studies by prominent institutions that analyzed Indonesia's tourism sector. They represent Indonesia as a whole, not certain parts of the country that are either better or worse-off. These studies were then summarized into a given rating.

Jakarta is the capital and largest city of Indonesia. 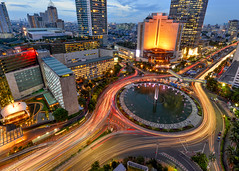 Bali is the world's most famous beach resort. 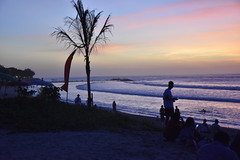 Surabaya is the second-largest city in Indonesia.

Get a visa for Indonesia...

The earliest Indonesian civilizations were based on those of India. Empires like Srivijaya and Medang came to power during this time. After three centuries of Muslim sultanates dominating the Malay peninsula and present-day Indonesia, the Portuguese were the first Europeans to reach Indonesia. They were closely followed by the Dutch, British, and French before Indonesia was colonized by the Netherlands. The Colony of Indonesia was occupied by the Japanese during the Second World War. Indonesia gained its independence in August of 1945. Today, Indonesia is one of the largest, most populous, and fastest-growing countries in Southeast Asia.

"For most parts of the country, Indonesia relies heavily on water ferries and taxis for transportation. There are several companies offering ferry services between islands, ASDP and PELNI being the largest. Just about every inhabited island can be reached via ferry, but this can sometimes be more arduous than enjoyable." - iExplore