Welcome to Ireland. Ireland is a country in Western Europe that is known for its natural beauty, friendly people, literature, and history. Ireland's capital, Dublin, is one of Western Europe's largest business centers.

These stats were collected through general studies by prominent institutions that analyzed Ireland's tourism sector. They represent Ireland as a whole, not certain parts of the country that are either better or worse-off. These studies were then summarized into a given rating.

Dublin is the capital and largest city of Ireland. 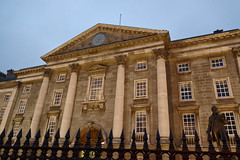 Cork is a historic city in Southern Ireland. 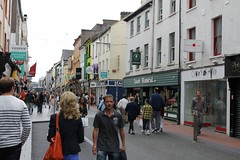 Limerick is a city in Ireland that is known for its old quarter. 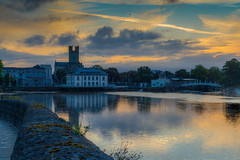 Ireland adopted Christianity in the 5th century and the country was raided and colonized by the Vikings in the 9th century. In the 12th century, Ireland was conquered by the Normans. Norman influence declined in the 13th and 14th centuries and in the 16th century, Ireland was conquered by Henry the Eighth of England. In the 17th century, England forced brutal Protestant rule against Ireland’s mainly Catholic population. Ireland gained independence from the United Kingdom in 1922, although the country fought multiple skirmishes with the UK over Northern Ireland. After the Second World War, Ireland joined NATO and the EU.

"Public transport in Ireland exists in many of the Ireland's urban areas, and takes a number of forms. Bus transport is the main form of public transport common in all cities. The cities, Dublin, Belfast Cork, Derry, Limerick and Galway all have their own suburban rail networks." - The Wikimedia Foundation

See if you can travel to Ireland visa-free