Welcome to Israel. Israel is a country in the Middle East that is known for its culture, history, religious importance, and technology.

This map is currently unavailable as a result of Israel-Palestine border disputes.

These stats were collected through general studies by prominent institutions that analyzed Israel's tourism sector. They represent Israel as a whole, not certain parts of the country that are either better or worse-off. These studies were then summarized into a given rating.

Jerusalem is a city claimed by both Israel and Palestine that is one of the world's oldest and most historic cities. 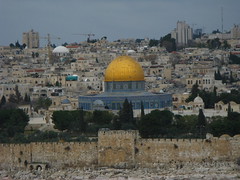 Tel Aviv is the main center of Israel's technology industry and is the country's main port. 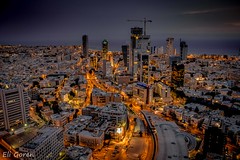 During ancient times, the birthplace of the Jewish people took place in Israel. Important holy sites were built in the country and important historical events mentioned in the Torah took place in Israel. During World War Two, many European Jews fled the Holocaust and arrived in Israel. Quickly a conflict broke out between Jews and the Muslims that also lived on the Holy Land. The territorial claims of Israel and Palestine overlapped and this led to many conflicts and border disputes that still continue to this day.

"Transportation in Israel is based mainly on private motor vehicles and bus service and an expanding railway network. Demands of population growth, political factors, the Israel Defense Forces, tourism and increased traffic set the pace." - The Wikimedia Foundation

See if you can travel to Israel visa-free