Welcome to Mexico. Mexico is a country in Latin America that is known for its good food, beautiful cities, beaches, natural beauty, history, and friendly people.

These stats were collected through general studies by prominent institutions that analyzed Mexico's tourism sector. They represent Mexico as a whole, not certain parts of the country that are either better or worse-off. These studies were then summarized into a given rating.

Mexico City is the capital of Mexico and the largest city in North America. 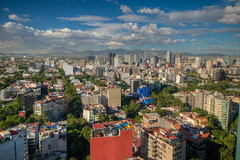 Cancun is a famous beach resort in Southern Mexico. 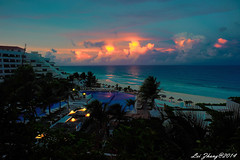 Tijuana is a city in Northern Mexico near the US border that is known for its culture. 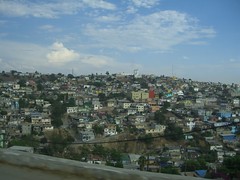 Get a visa for Mexico...

The first civilization to emerge in Mexico were the Olmecs. The Olmecs lived on the Atlantic Coast in what is now the state of Tabasco. They were the first civilization in Mesoamerica to develop a written language. After the Olmecs, the Mayans were the next great civilization to emerge from Mexico. The Mayans were known for their beautiful temples and their complex society. After the fall of the Mayans, the country was dominated by multiple large cities and kingdoms, such as Teotihuacan. The Aztec civilization followed that of Teotihuacan and was the largest Native American civilization in North America. The fall of the Aztecs is ultimately attributed to the arrival of the Spanish conquerors. During the Spanish conquest, many diseases such as smallpox reached the Aztecs. Many Aztecs died from disease and the capital, Tenochtitlan, was completely destroyed. After the Spanish conquest, many of the native leaders retained control over their kingdoms, but were forced to work as a collective, led by Spain, that had their own interests in the region, such as boosting trade with Europe. Many of the settlers left the southern regions of the country to settle and explore the north, and places like California and Arizona joined Spain. After France invaded Spain during the Napoleonic Wars, Mexico declared its independence in 1808. In 1810, the country again came into conflict with Spain, which financed a rebel group that was pressing against Mexican independence. Mexico was finally recognized as an independent nation in 1821, but by 1824, a coup had toppled the emperor and a democracy was established. After independence, Mexico was dominated by military strongmen. A conflict broke out in the north, after the state of Texas separated from Mexico. The country was then invaded by the United States, which captured most of northern Mexico. After this, the country was invaded by France, who wanted to restore its empire in the Americas. Mexico fought the French, but was left poor and politically unstable. Another revolution started in 1910 and a new government was installed. Germany wanted an ally in Mexico during World War II, but the nation remained largely neutral. During the second half of the 20th century, poverty throughout Mexico was widespread and many left for the United States. However, Mexico prospered again in the 21st century and is now one of the richest countries in Latin America.

"Buses are the main form of long-distance public transportation in Mexico. There is an extensive network of buses, which range from modern luxury coaches to retired school buses." - TripSavvy

See if you can travel to Mexico visa-free