New Zealand is an island country in Oceania that is known for its beautiful nature, capital, Wellington, and friendly people.

In this travel guide, we will go over tips and useful info on travel to New Zealand. Sit back and enjoy.

Auckland is the largest city and the main economic center of New Zealand. It is known for its harbor, skyscrapers, restaurants, and parks. 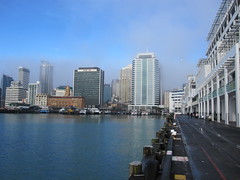 Wellington is the capital and main administrative center of New Zealand. It is known for its sandy beaches, colorful timber houses, Lambton Quay, and many public parks.

The Hobbiton Village is a famous tourist spot in New Zealand that is the location where the Hobbiton movie was filmed. 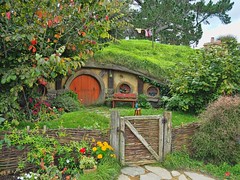 Christchurch is a famous city on the South Island of New Zealand that is known for its English culture and heritage. 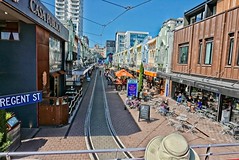 Hawke's Bay is a large city in New Zealand, with beautiful art deco architecture, beaches, wineries, and many theatres and cultural spots.

Hamilton is a major city in New Zealand that is known for its central park, Hamilton Gardens. 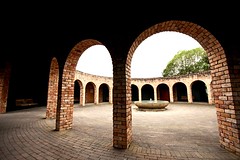 Dunedin is a major city in New Zealand that is known for its Scottish and Maori heritage.

New Zealand has a temperate climate with subtropical weather in the summer and cold to mild winters.

Question: What is the ideal time to visit New Zealand?

Answer: The best time to visit New Zealand is between December and March when it is warm.

The first settlers of New Zealand were the Polynesians. These Polynesians became known as the Maori and formed their own distinct culture. They were more connected to Pacific Islanders in places like Tonga, Vanuatu, and Fiji, than the aboriginal people of Australia. The first European to reach New Zealand was the Dutch explorer Abel Tasman, who landed on the country’s South Island. News of the discovery of New Zealand slowly spread back to the Netherlands, where the country became known as New Zealand, after the Dutch province, Zeeland. For the next 100 years no European would reach New Zealand. In 1769, the islands were visited by British naval captain, James Cook, who was followed by French explorer, Jean-François-Marie de Surville. However, the French did not send new expeditions to New Zealand, while the British started settling New Zealand in the early 19th century. Christianity was introduced in 1814 and a missionary society was set up. In the beginning, the relationship between the British and the Maori was peaceful, but turned deadly during the Musket Wars of the 1840s. New Zealand obtained self-government from the United Kingdom in the 1850s and farming quickly became the main industry in the country. Mining also became an important industry. In the 20th century, New Zealand made sacrifices during both world wars and became an ally of the United States during the Cold War.

"Public transport in New Zealand exists in many of the country's urban areas, and takes a number of forms. Bus transport is the main form of public transport. Two major cities, Auckland and Wellington, also have suburban rail systems that have been gaining more patronage and new investment in recent years." - The Wikimedia Foundation 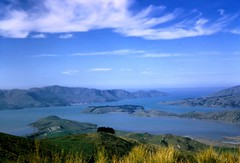 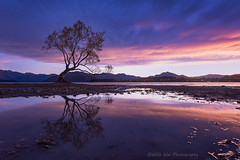 See if you can travel to New Zealand visa-free