Welcome to Nigeria. Nigeria is one of the most historic and beautiful countries in Africa and is also one of the world's fastest-growing countires and the largest economy on the African continent.

These stats were collected through general studies by prominent institutions that analyzed Nigeria's tourism sector. They represent Nigeria as a whole, not certain parts of the country that are either better or worse-off. These studies were then summarized into a given rating.

Abuja is the capital and administrative epicenter of Nigeria. 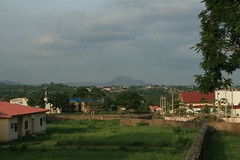 Lagos is the largest city and economic epicenter of Nigeria. 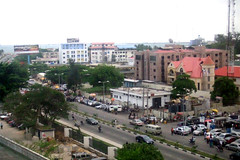 Kano is the largest city in Northern Nigeria. 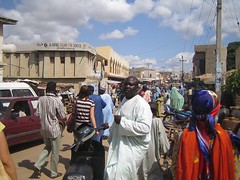 Get a visa for Nigeria...

Before British colonization, many kingdoms and empires had existed in Nigeria. The first of these were the Hausa kingdoms, which were started by the Hausa people. The Hausa kingdoms were incredibly sophisticated for their time and were known for their comprehensive literature and mythology. The inhabitants of the Hausa nation had converted to Islam by the 16th century. As the Hausa nation gradually collapsed, a new country called Yorubaland, formed in Southern Nigeria, near the city of Lagos. The Nri, Oyo, and Benin empires followed but only the Benin Empire could be considered to be as advanced as the Hausa state was. Following the Napoleonic Wars, the British expanded their sphere of influence in West and Central Africa and Nigeria became a British protectorate in 1901. The country would regain its independence in 1960 and a new constitution was written. However, the new democracy would not last long and it was overthrown during a coup in 1966. Nigeria regained its democratic principles in the seventies when the Second Republic was formed.

"Nigeria has a train network of a north-south line between Kaduna and Lagos, and Kaduna and Port Harcourt. ... The bus network in Nigeria is extensive, connecting all major cities with long distance services. Each city has public transport buses as well, which provides an economical way of getting around." - iExplore

See if you can travel to Nigeria visa-free