Welcome to Peru. Peru is a country on the Pacific coast of South America that is famous for its capital, Lima, ancient sites like Macchu Pichu, and cities like Cuzco.

Lima is the capital and largest city of Peru. 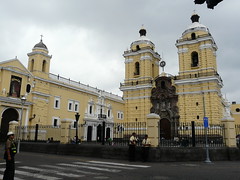 Cuzco is a famous city in Central Peru.

Macchu Picchu is a famous ancient historic site near Cuzco. 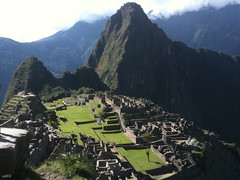 The history of Peru starts with many ancient cultures who were conquered by the Inca Empire in the Middle Ages. After the Inca Empire was conquered by the Spanish Empire, the Viceroyalty of Peru was formed and the country gained control of Ecuador and parts of Bolivia. After independence from Spain in the 19th century, Ecuadorian independence, and the rise of Bolivar, the country became very politically unstable and this continued during the 20th century, as terrorism was on the rise. In the 1990s, Peru recovered from terrorism and became one of the richest and fastest-growing countries in South America.

"Buses are the main form of long-distance public transport in Peru. If you want to travel on a shoestring, buses are the way to go. Don't try to go too cheap, however, as the cheapest companies are neither safe nor reliable." - TripSavvy

See if you can travel to Peru visa-free